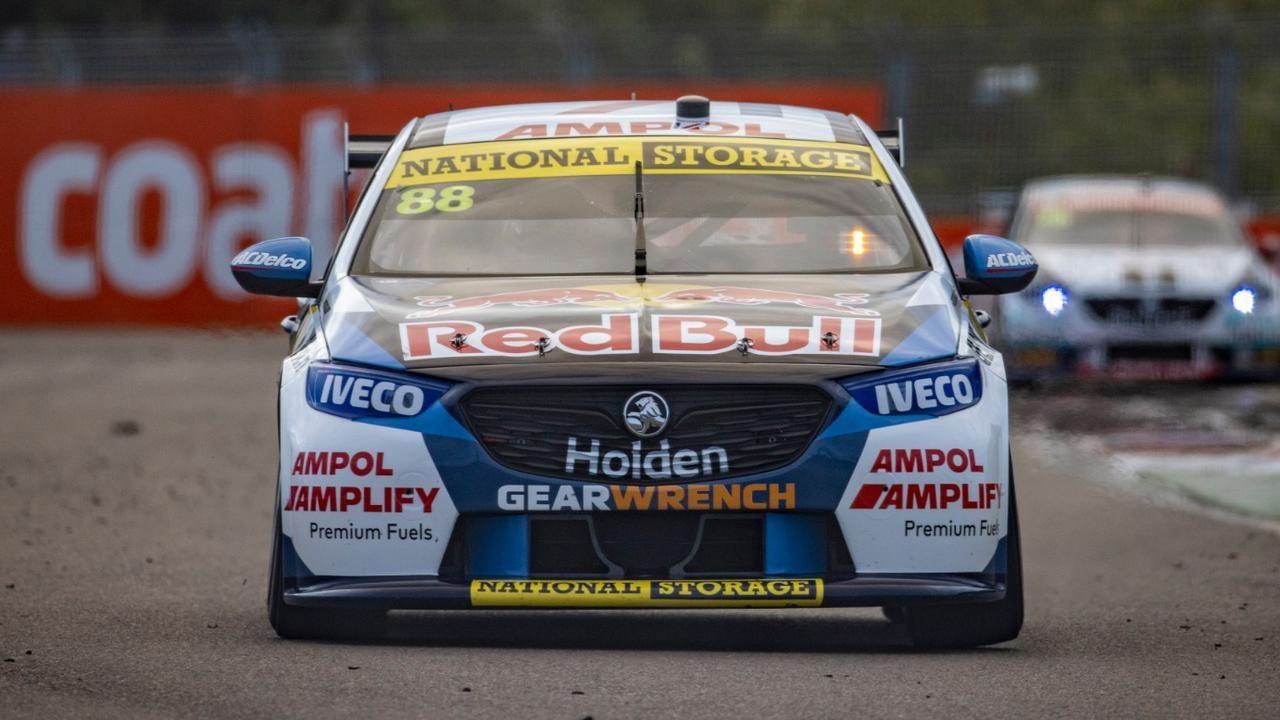 Holden's final Bathurst 1000 before retirement has turned into a disaster for red lion legends Jamie Whincup and Craig Lowndes.

With 11 Mt Panorama titles between them, including three together, the star pairing was expected to give the 161-lap race a serious shake.

But as countless greats have discovered down the years, the famous mountain can bring even the most experienced driver undone.

Whincup spun his Commodore out and hit a wall just 33 laps in - not even a quarter of a way through the great race.

The incident led to the safety-car being called and any hopes Whincup and Lowndes had of driving another Holden car to victory dashed.

"Brodie (Kostecki) was making it pretty difficult out there but it's not his fault, he's entitled to go as hard as he possibly can," Whincup said.

"He was doing nothing untoward. I was pushing hard to try and get through and get up the road.

"In hindsight, I should have just waited another lap, I probably would have got him (Kostecki).

"Disappointed for everyone. I'm fine, but obviously everyone has put in a lot of effort here inside this garage, engineers in particular. They deserve better."

Whincup has won the Bathurst 1000 four times, but has had a testing relationship with the famous circuit in recent years.

He has endured a number of heartbreaking races since last saluting at Mt Panorama in 2012, despite winning four Supercars championships in the last eight years.

Lowndes, who last won at Bathurst with Steve Richards in 2018, was shattered for his great mate.

"This place here, you've got to have respect for it because it can bite you," the 46-year-old said.

"We've all made mistakes here. It is a shame because the car was working extremely well."

It is Holden's last Supercars race in an official capacity before the iconic Australian motoring brand is retired by General Motors at the end of the year. 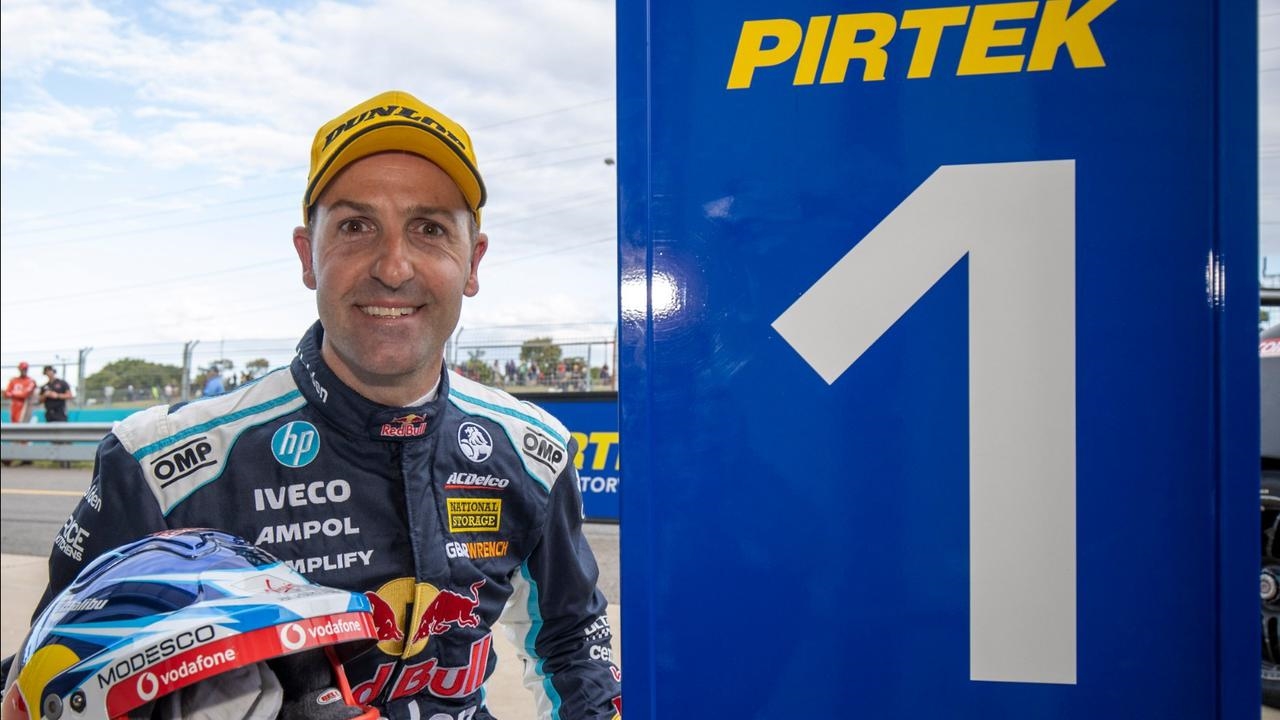 Supercars legend Jamie Whincup and several Triple Eight crew members have been evicted from Queensland after returning from the Bathurst 1000.... 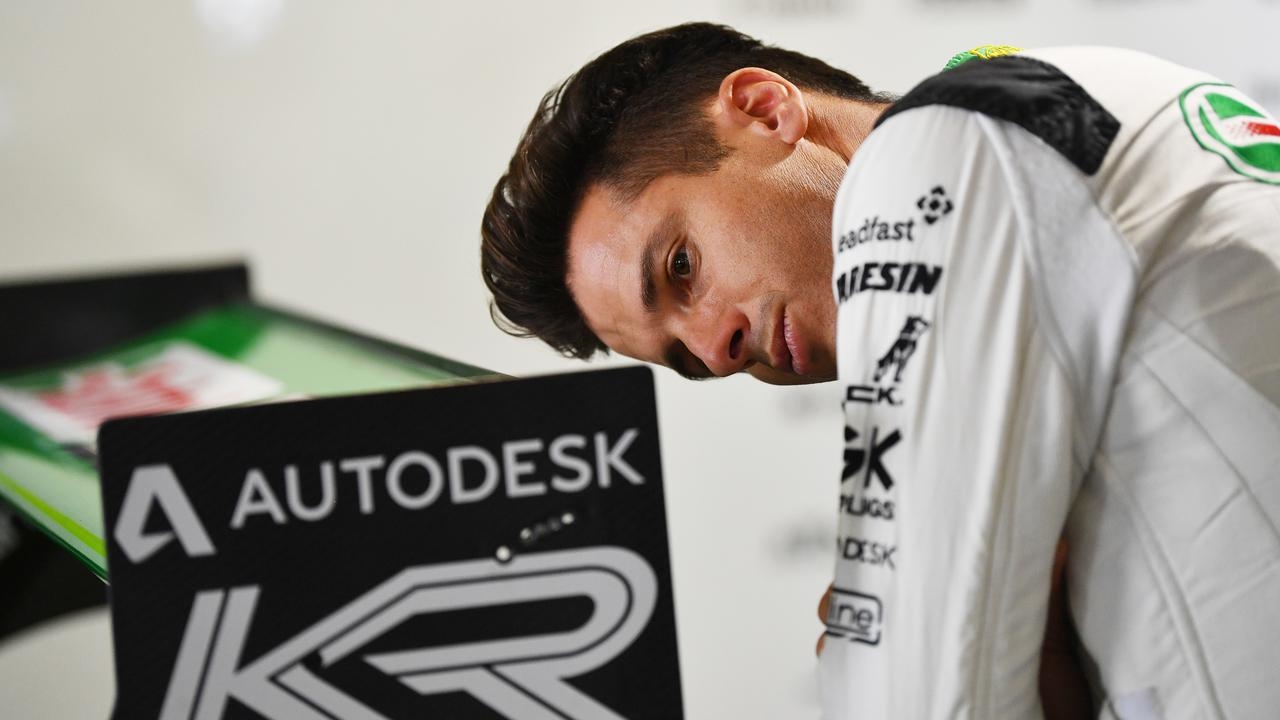 Rick Kelly has become the second driver to step away from Supercars in recent days, with the veteran retiring from full-time racing....