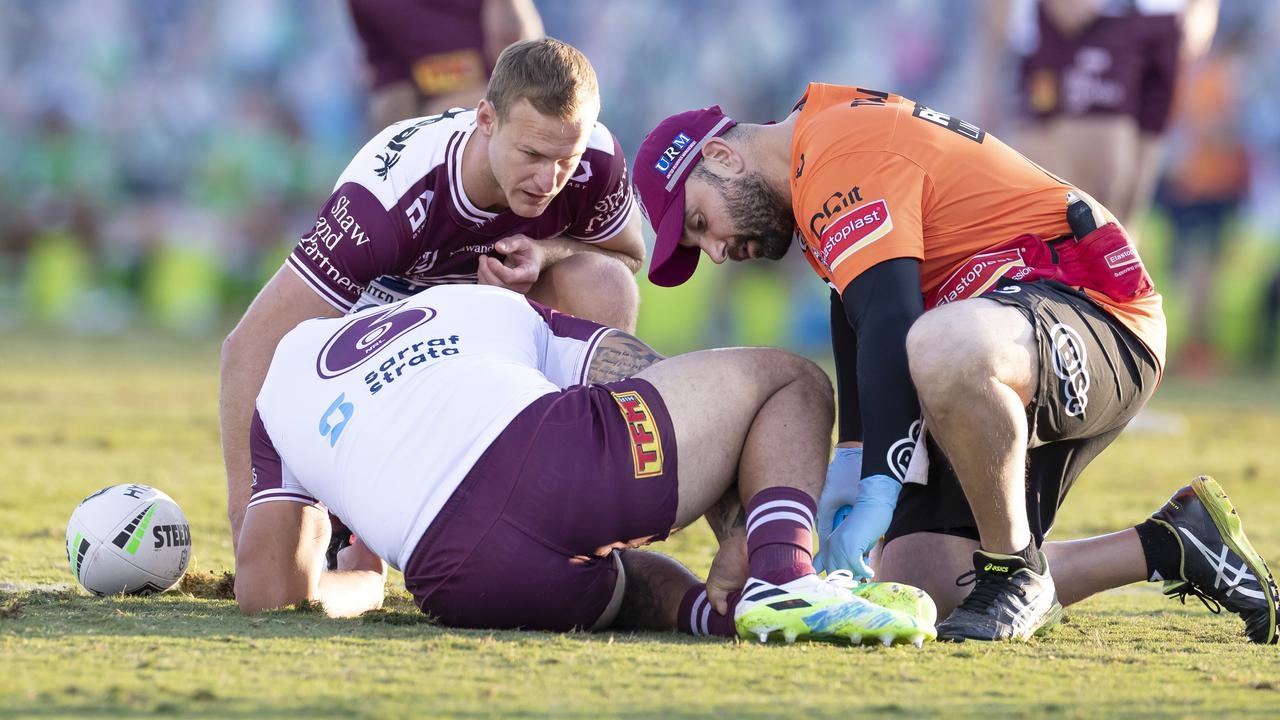 Manly are bracing for their second injury crisis in the space of two months with three stars set to be sidelined out of Saturday night's horror show against Penrith.

Still battling without Tom Trbojevic, Manly had Dylan Walker added back onto their injury list with Curtis Sironen and Brad Parker also set to miss Friday's clash with the Warriors.

Walker's injury is most frustrating for the Sea Eagles, he again fractured a bone in his left foot - just 10 minutes into his comeback from a similar six-week injury.

Manly medicos on Saturday night stressed the blow was a new one in a different bone, with scans required to determine how long he would miss.

Parker is recovering from what coach Des Hasler labelled a "serious" concussion in the 42-12 loss, which is almost certain to rule him out of Friday's clash

Sironen is also expected to miss some game time after re-injuring his knee late in the game.

The good news for Manly is officials have already ruled out an ACL tear, but still need further tests to know what damage has been done.

The injuries could not have come at a worse time for the Sea Eagles, who now find themselves out of the top eight and won't have Trbojevic back at fullback for another three weeks.

"It's a short turnaround - we play Friday so it will be difficult (for Sironen to recover in time," Hasler said.

"We'll find out how long (the trio is out) once they get scans."

The news means an immediate return of Cade Cust into their halves, after he made way for Walker on Saturday following two big performances.

Tevita Funa would be the man likely to slot into the centres, while Corey Waddell or Jack Gosiewski would plug any gaps created by Sironen.

Hasler on Saturday night defended the move not to play Cust off the bench against Penrith, dropping right out of the 17 and leaving Lachlan Croker to play 70 minutes at five-eighth.

"What can you do about a fracture?" Hasler said.

"It wasn't the same fracture, you expected him to get through the 80.

"We'll have some players (against the Warriors). We've got Cade Cust to come back in. Tevita Funa has been playing well. We'll manage." 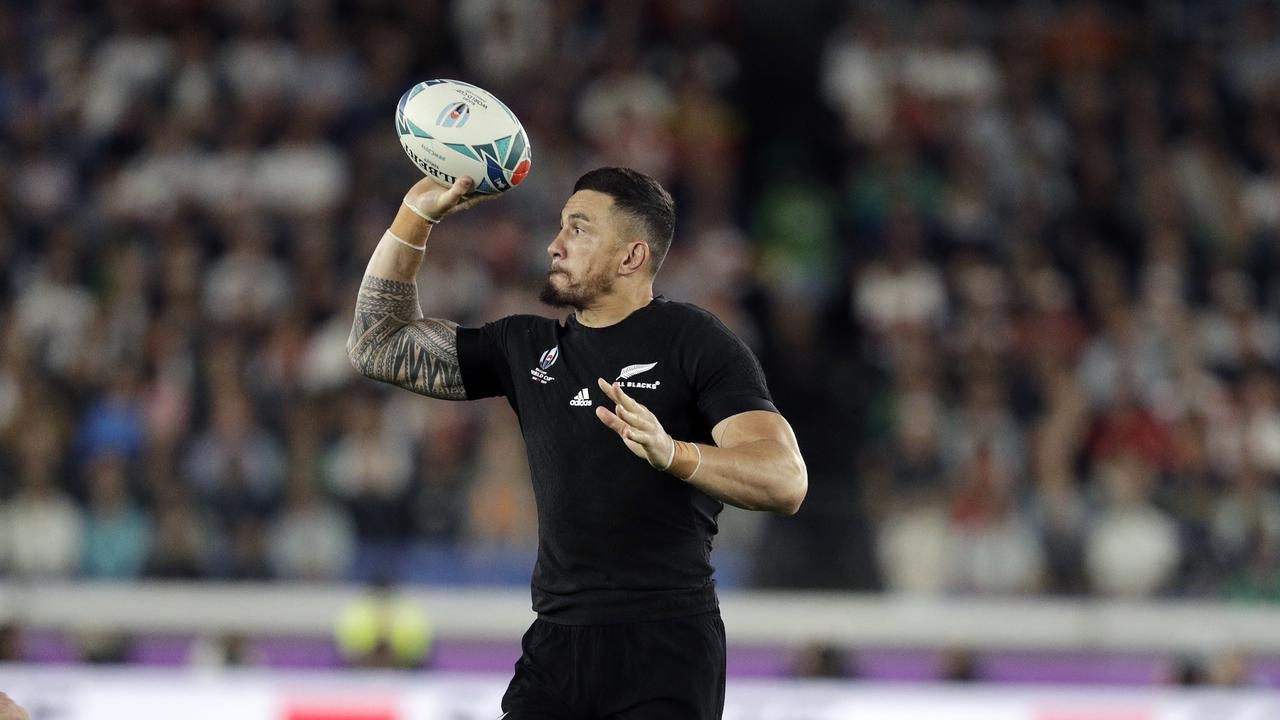 Retirement was a consideration: Sonny Bill

Sonny Bill Williams says he feared his time as cross-code star was up until the Sydney Roosters came calling.... 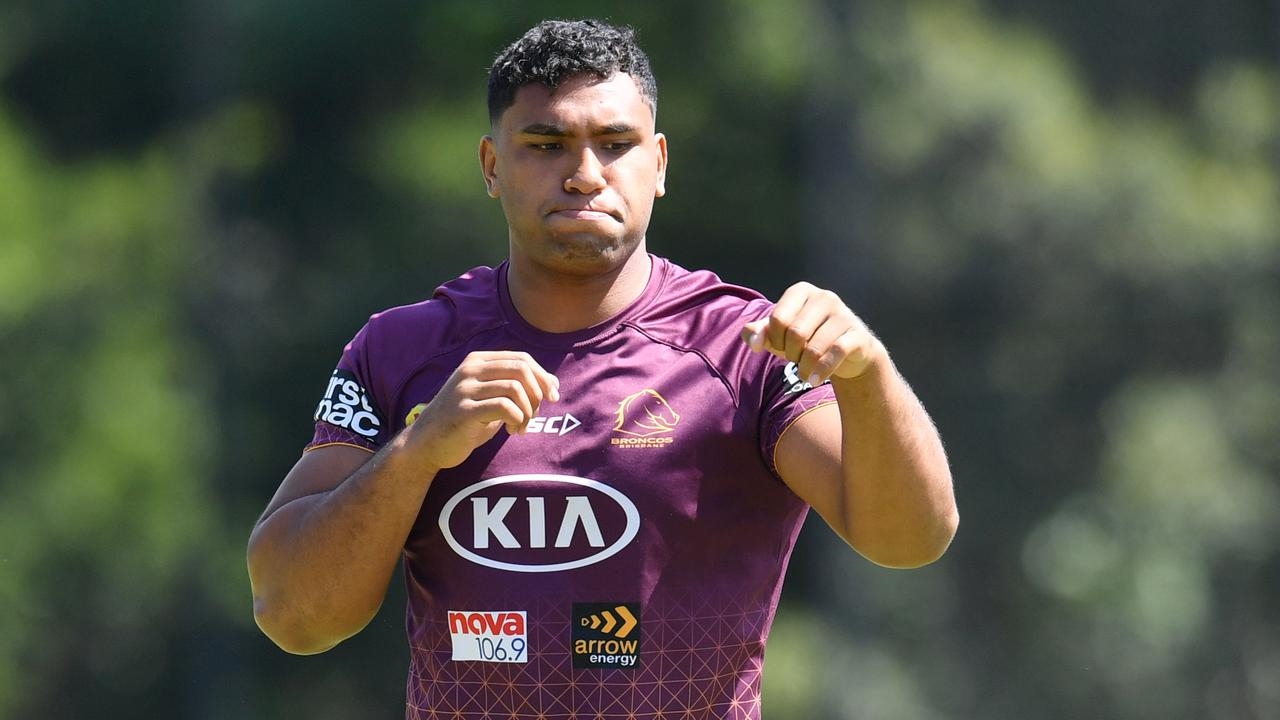 NRL players and officials putting the season at risk by breaching the game's biosecurity protocols have been put on notice....