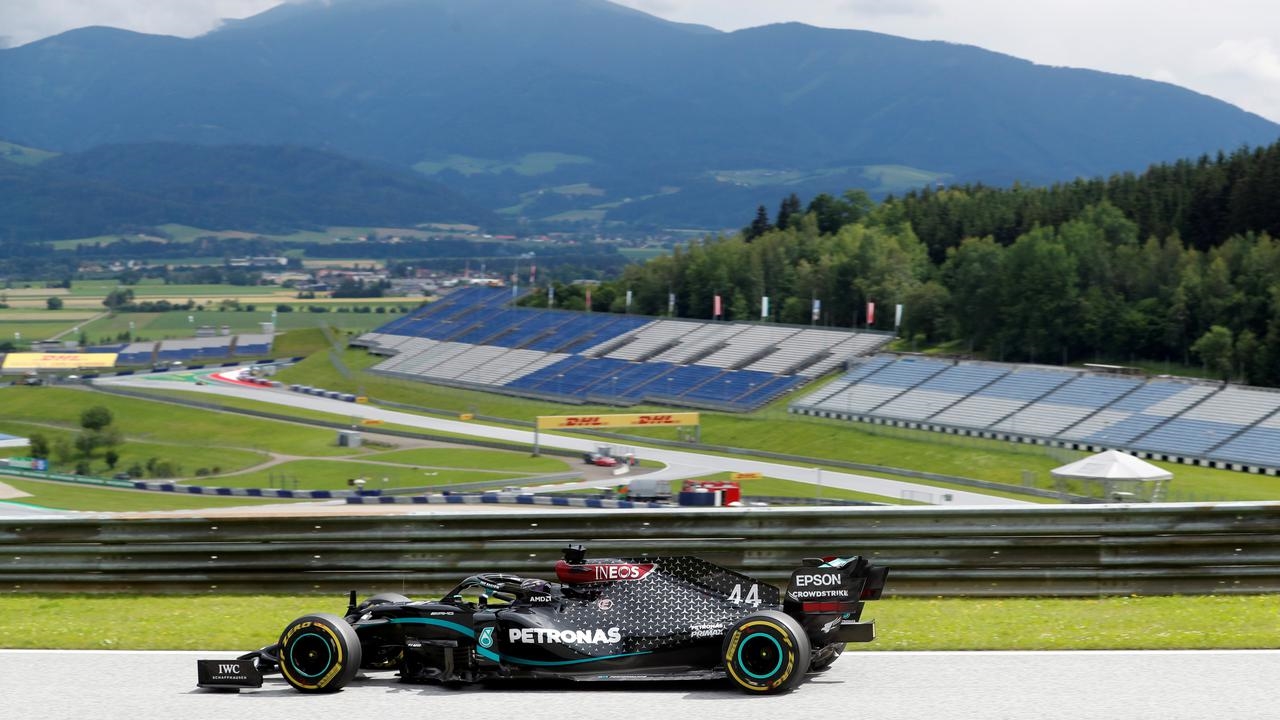 Six-times Formula One champion Lewis Hamilton completed a sweep of Austrian Grand Prix practice on Saturday, with his Mercedes team again one-two on the timesheets while Canadian rookie Nicholas Latifi crashed his Williams.

Hamilton, who led teammate Valtteri Bottas in both of Friday's sessions, resumed his position at the top with a fastest effort of one minute 04.130 seconds around the Red Bull Ring.

Australia's Daniel Ricciardo was 12th fastest in his Renault.

Bottas was 0.147 slower on a sunny day, with Mercedes given a boost overnight when stewards rejected a Red Bull protest against the champions' new Dual Axis Steering (DAS) system.

Latifi, the only newcomer on the grid this season, brought out the red flags when he speared into the tyre wall at turn one and spun.

The Canadian reported he was fine but the car's medical light came on and his session was ended.

Red Bull's Max Verstappen, who will be chasing a hat-trick of Austrian wins on Sunday, was third fastest -- but 0.413 slower than Hamilton -- with Mexican Sergio Perez fourth for Racing Point whose pink car is a 2019 Mercedes lookalike.

"We've made progress with the car overnight, I think it's more representative of where we're at," said Red Bull boss Christian Horner, whose team have never started on pole at their home circuit.

Ferrari's Charles Leclerc, who started on pole at the Red Bull Ring last year, was fifth fastest and ahead of Verstappen's teammate Alexander Albon with Ferrari's Sebastian Vettel in seventh place.

Ferrari have acknowledged design issues with their car but will not have performance upgrades ready until the third round in Hungary.

Leclerc said on Friday they were losing speed in the corners.

"The balance was quite good but the overall grip of the car -- I guess it's not only one thing, it's also the full package that we need to upgrade," he said. 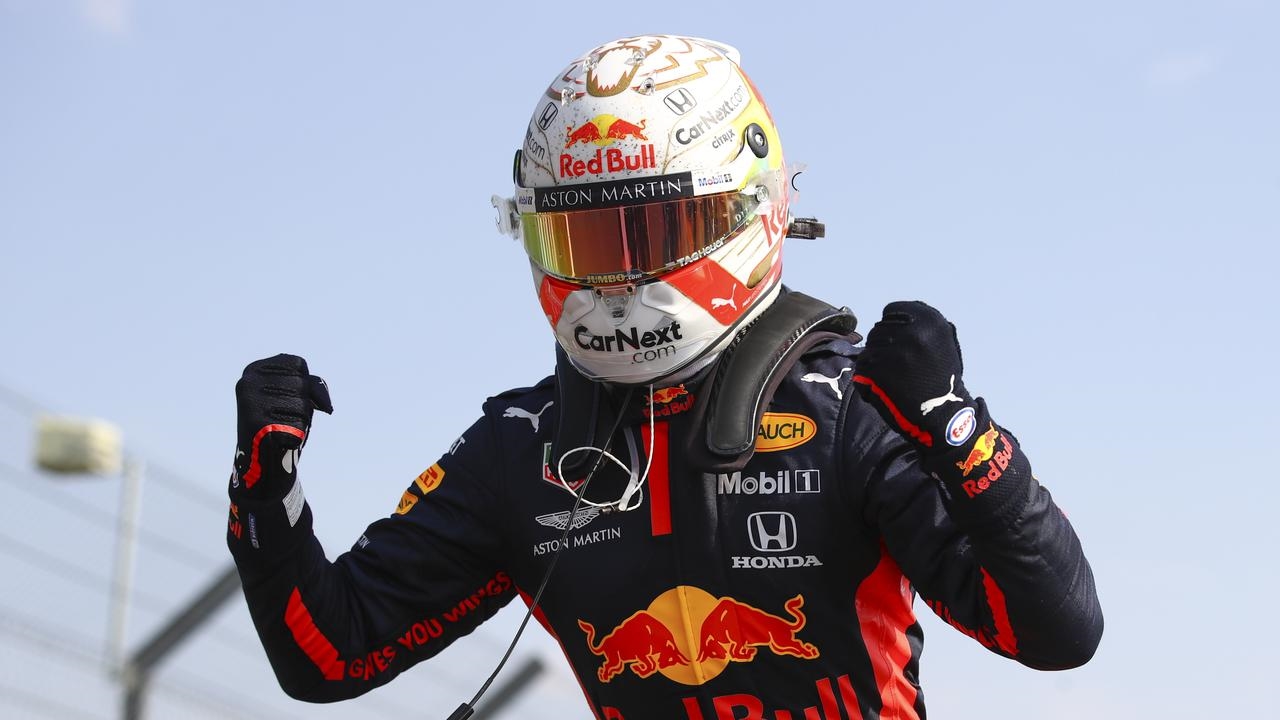 Max Verstappen sprung what could be the surprise of the F1 season by beating Lewis Hamilton to win the 70th Anniversary GP as Daniel Ricciardo finishe... 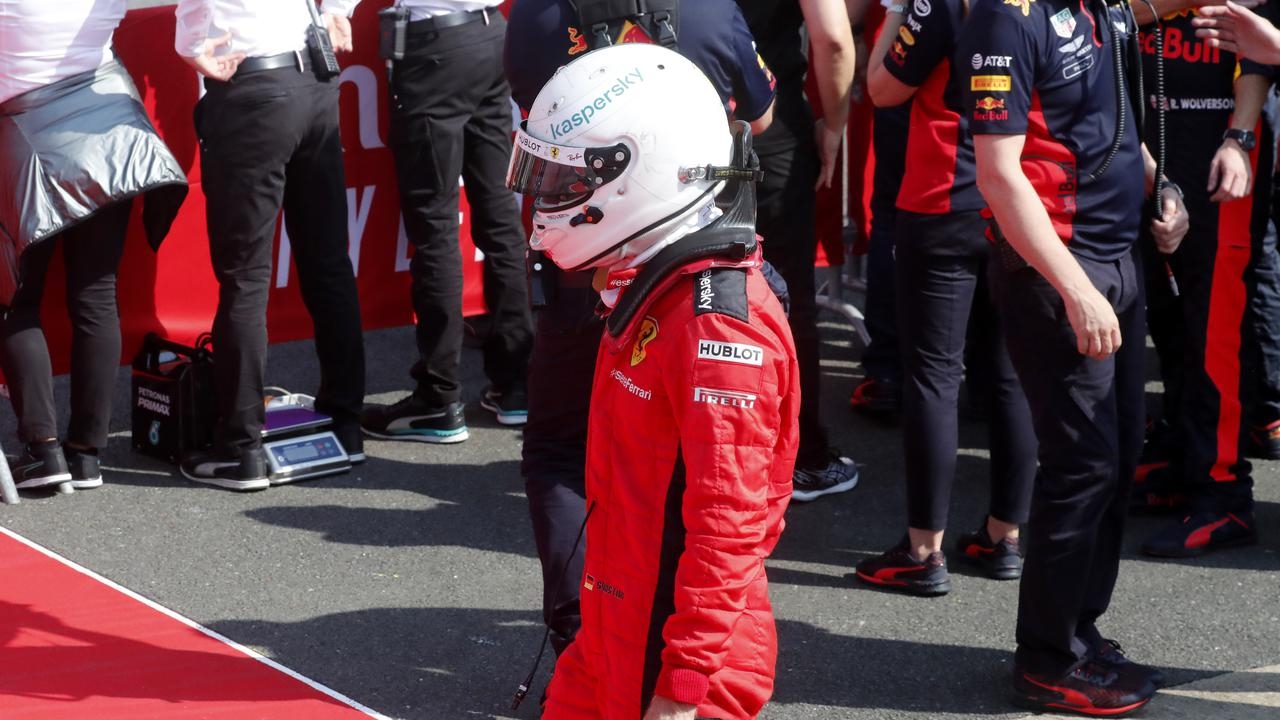 Sebastian Vettel has accused Ferrari of messing up with a strategy after finishing 12th in the 70th Anniversary Grand Prix at Silverstone....