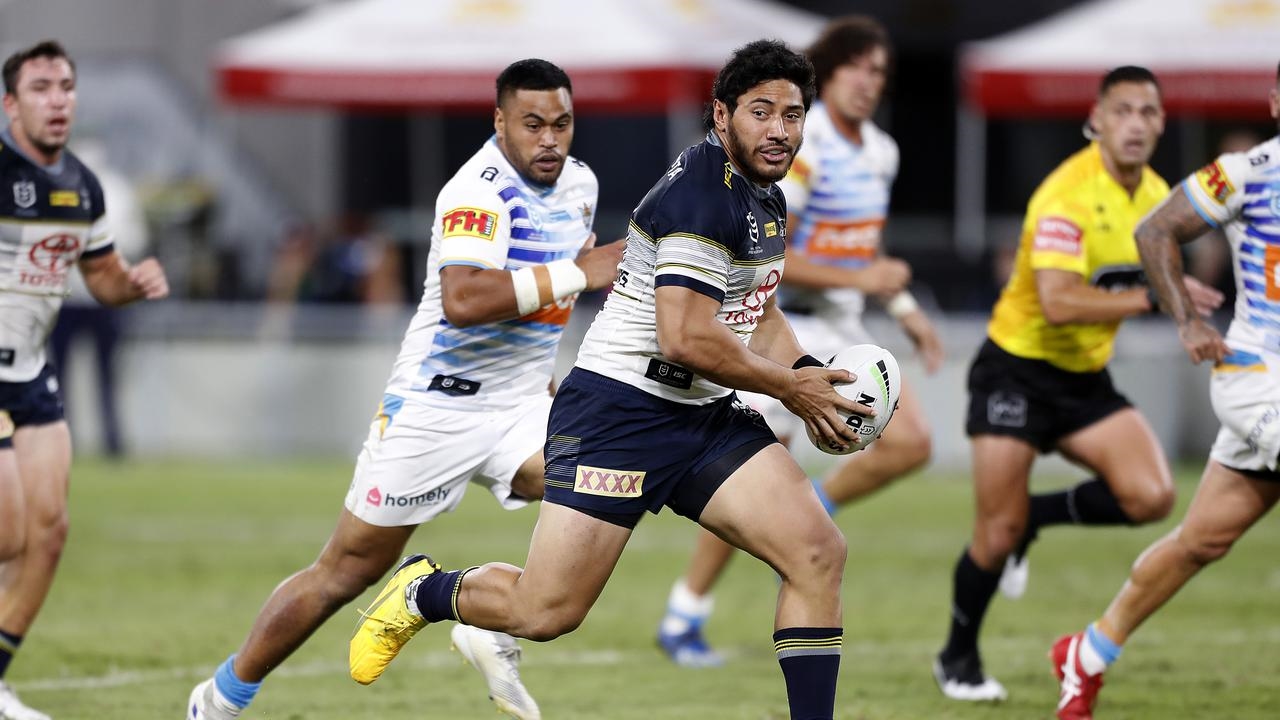 The words were no doubt ringing in the Gold Coast Titans' ears after they were left to rue their bold decision to target Jason Taumalolo following North Queensland's 36-6 NRL win.

The Titans have had no shortage of harsh lessons in what is now a 14-game losing streak.

But Taumalolo ensured they received yet another by rising to their challenge with a barnstorming second half performance on Friday night.

The Gold Coast raised eyebrows before the game when gun forward Jai Arrow claimed they had Taumalolo in their sights, saying the Tongan juggernaut was prone to fatigue and would be worked over in their round three clash.

But the Cowboys wrecking ball certainly didn't look tired when he came alive in the second half to finish with a remarkable 274-metres and help spark the six tries to one victory in Townsville.

North Queensland captain Jordan McLean - standing in for the injured Michael Morgan - warned the Titans that the comments would fire Taumalolo up.

Yet at first the Titans' plan seemed to be working.

Kept to a pedestrian 74m in the first half, Taumalolo was benched for an extended period by Cowboys coach Paul Green.

Taumalolo was eventually unleashed again in the 53rd minute - then all hell broke loose.

The rampaging forward made an immediate impact, making a bust with his first touch before replacement hooker Reece Robson burrowed over for the first of his two quick fire tries moments later.

Taumalolo didn't look back as North Queensland piled on a total of four second half tries to secure their first win at new home ground Queensland Country Bank Stadium.

It was a stunning effort but seemed to be business as usual for Taumalolo who notched an NRL record 318m in their last game, a round two win over Canterbury back in March.

Cowboys coach Paul Green admitted Taumalolo was feeling the effects of the Titans' attention, prompting him to give his prized forward a lengthy break on the bench before running amok.

"They talked about targeting him so he did a fair bit of work defensively early, I had the luxury of being able to give him a rest," he said.

"And coming off the back of such a big lay-off I thought it would be smart to give him a freshen up."

"When they have got all the ball that is going to happen," said of Taumalolo's effort.

"But what Jai said during the week was just a standard comment.

"It's been said for 112 years - you try and tire the opposition forwards out." 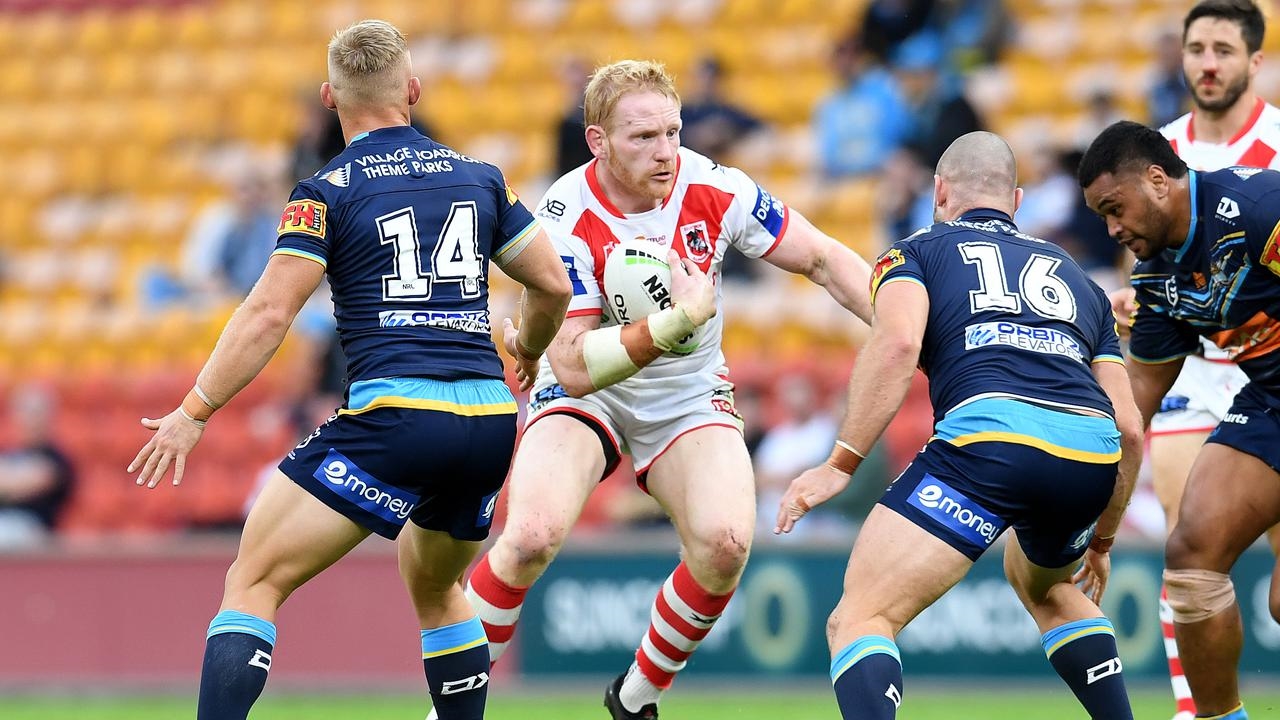 James Graham will almost certainly to return to Australia when he retires from rugby league after the conclusion of the current English Super League s... 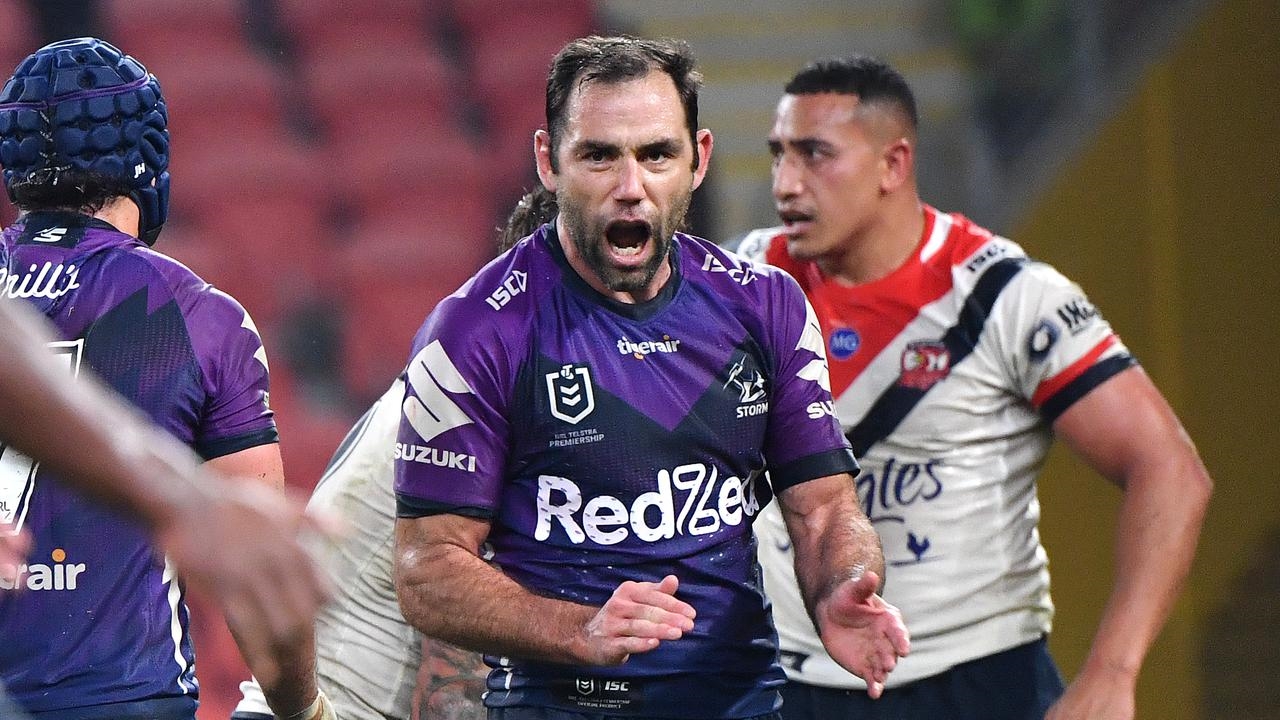 Craig Bellamy's decision to play Cameron Smith in the halves for Melbourne in Thursday's NRL clash against Sydney Roosters left the veteran nervous....