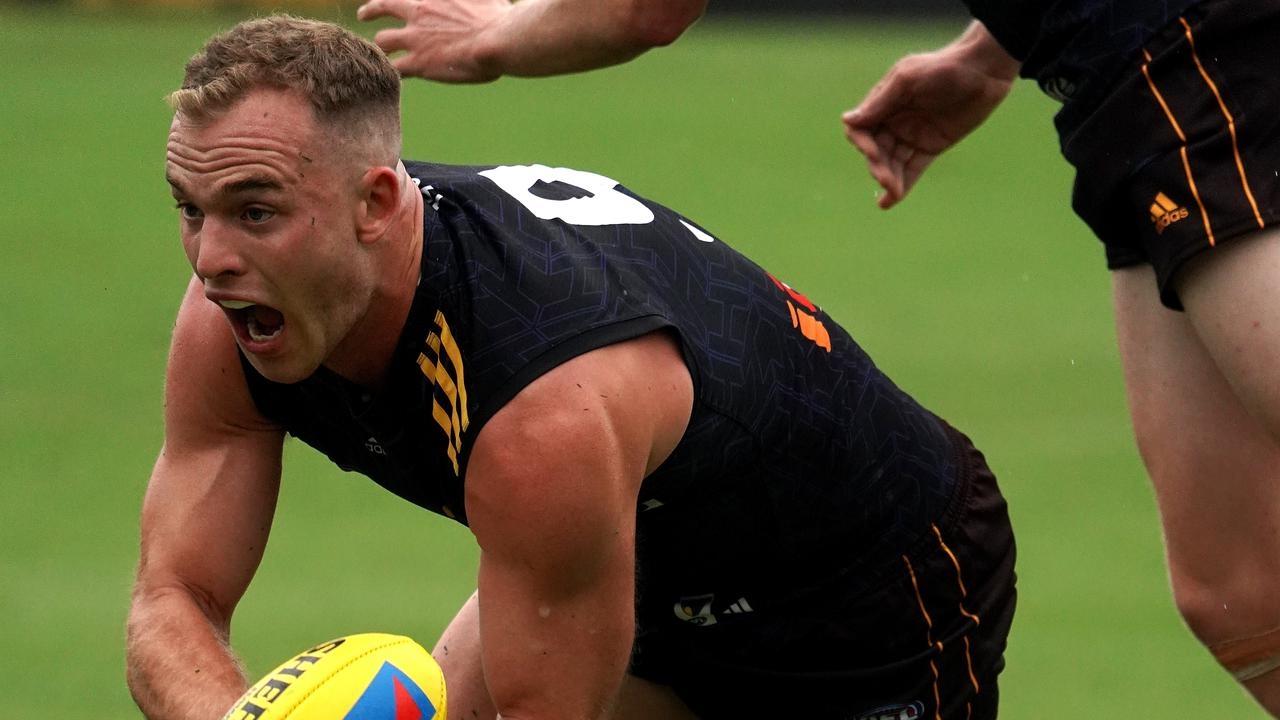 Hawthorn star Tom Mitchell has taken a major step towards returning from a broken leg in round one of the AFL season, the gun midfielder emerging unscathed from Friday's intra-club practice match.

The 2018 Brownlow Medal winner missed all of last season after he broke the tibia and fibula in his left leg during a training session in January.

Mitchell, who started in the weaker line-up wearing blue guernseys then swapped to the stronger orange team, played the first three quarters of the practice match at the club's Waverley headquarters.

The 26-year-old moved well and gathered plenty of possessions in the wet conditions.

"He started in the twos and made his way into the ones so he must have got a few touches," a smiling Isaac Smith told reporters after the game.

"It's just good to see him back.

"Who knows when he'll be back, but he's out there doing everything, which is good."

Jonathon Patton, the No.1 pick at the 2011 draft, provided a strong physical presence out of the goal square and kicked three goals.

The former GWS forward hasn't played since round 15 of the 2018 season after undergoing a third knee reconstruction.

But he looks set to make his club debut when Hawthorn kick off their AFL season against Brisbane Lions at the MCG on Sunday, March 22.

"He looked good (for someone) who hasn't played a game in two years.

"He's just so big, he's hard to get an arm around to spoil so you've got to go over the top and he'll draw free kicks.

Smith was also among the better performers on the ground, along with James Worpel, Tom Scully and James Sicily.

It wasn't all good news for the Hawks, however, with young tall Jacob Koschitzke leaving the ground cradling his left shoulder after he was taken to ground in a strong tackle.

Jack Gunston and Jaeger O'Meara didn't play, with Gunston telling the crowd he is hopeful of recovering from ankle surgery in time for round one.

O'Meara said that he was rested and should play next Thursday's pre-season series match against St Kilda. 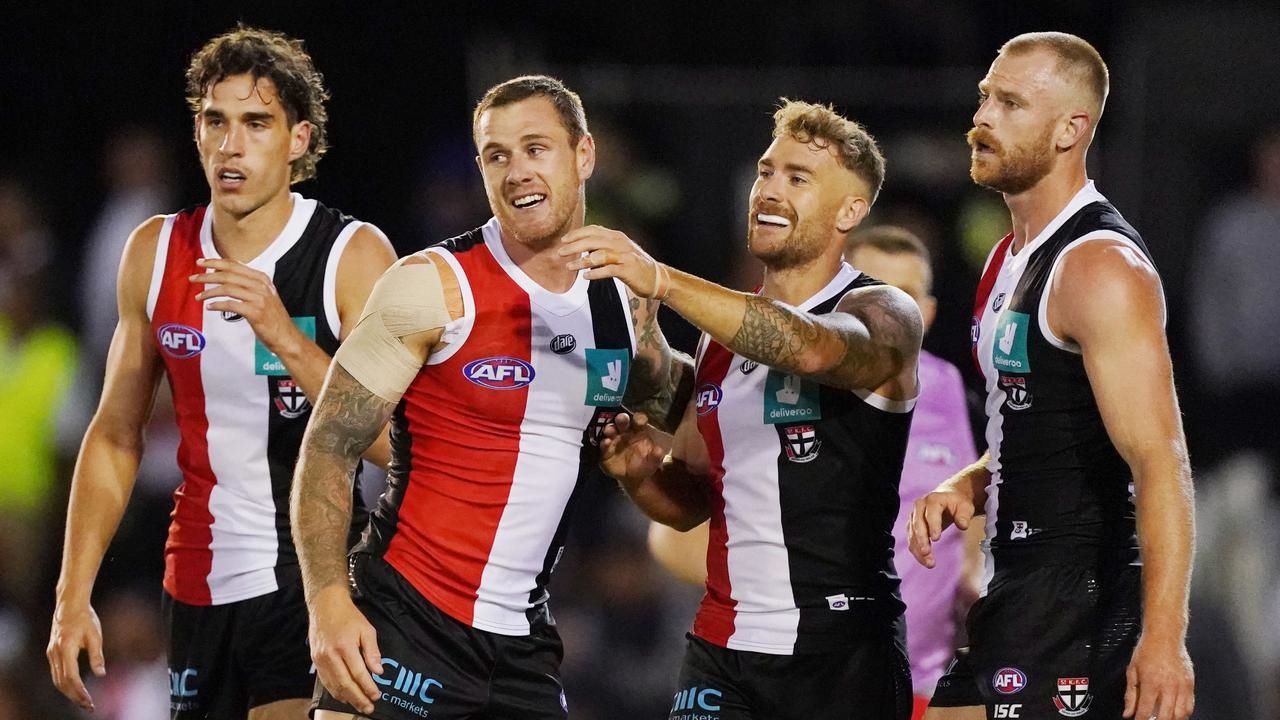 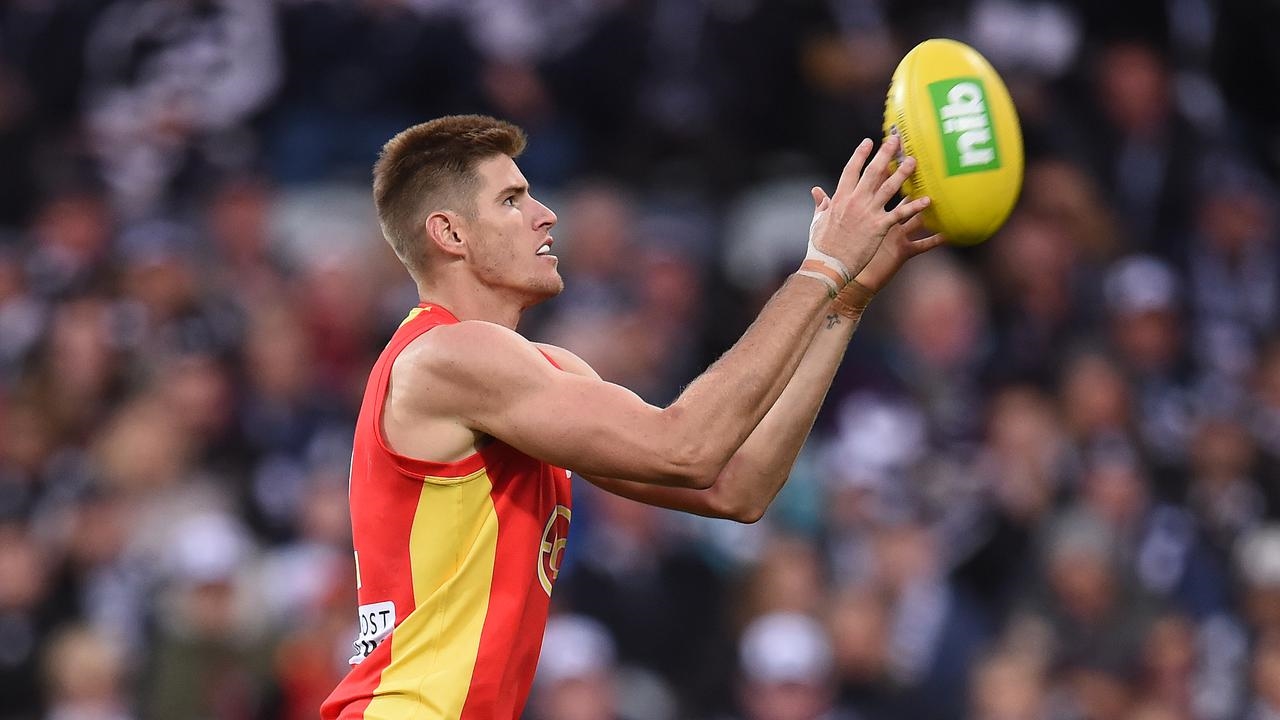