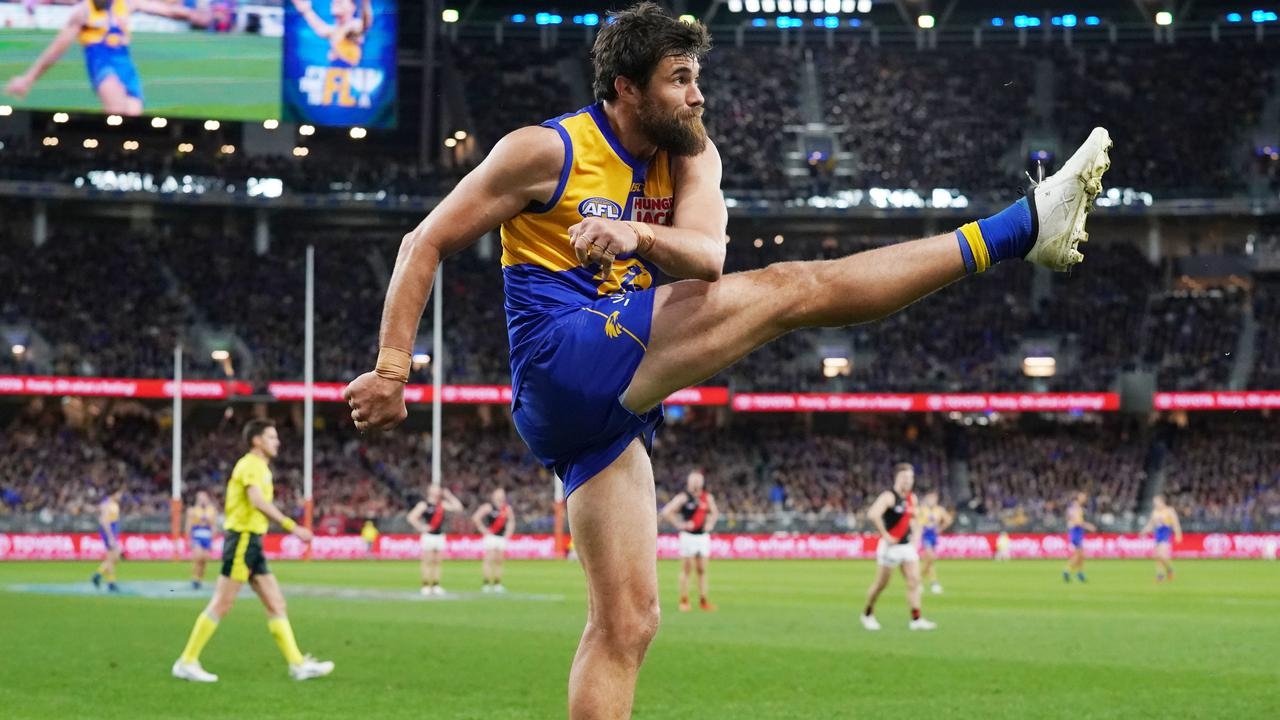 Most AFL players adopt the mantra 'less is more' as their careers wind down, but it won't be the case for West Coast spearhead Josh Kennedy this pre-season.

Kennedy has been riddled by ailments in recent years, with his battered body normally forced to be in cotton wool during the pre-season.

The 32-year-old missed round one last season while he was regaining full fitness, and he was forced to sit out the first three rounds of 2018 after undergoing knee and ankle surgery.

Kennedy's form dipped at times last season, with some people even calling for him to retire.

But Kennedy has enjoyed a fuss-free off-season to date, and hopes are high he can complete a full pre-season for the first time in years and be there for round one.

Eagles coach Adam Simpson said rather than easing the load on the 243-game veteran, it was important to get miles into his legs while the going is good.

"As much as we think we think we need to probably manage Josh over the journey, he actually hasn't had a full crack at pre-season for three or four years," Simpson said.

"It's a good opportunity to get some Ks in the legs again and remind himself what it's like to do a pre-season.

"He's excited about that, and we are as well. We'll manage him the right way, but hopefully you'll see him on track a bit more in the pre-season."

Star defender Jeremy McGovern will be on limited duties over the summer while he recovers from heel surgery.

Simpson is confident McGovern will be fit for the club's first pre-season game against Essendon on February 28.

Ruckman Nic Naitanui, who narrowly avoided ankle surgery at the tail-end of last season, will be further assessed over the coming days before a plan is mapped out for his pre-season.

Simpson has been impressed by what he's seen from star recruit Tim Kelly, who chose to start training earlier than required last month.

"He's exactly what we thought - he's a pro," Simpson said.

"He's an A-grade talent. That's why we got him. It's not a quick fix for us, it's a long-term investment.

"I can't wait to see him play for the next six or seven years." 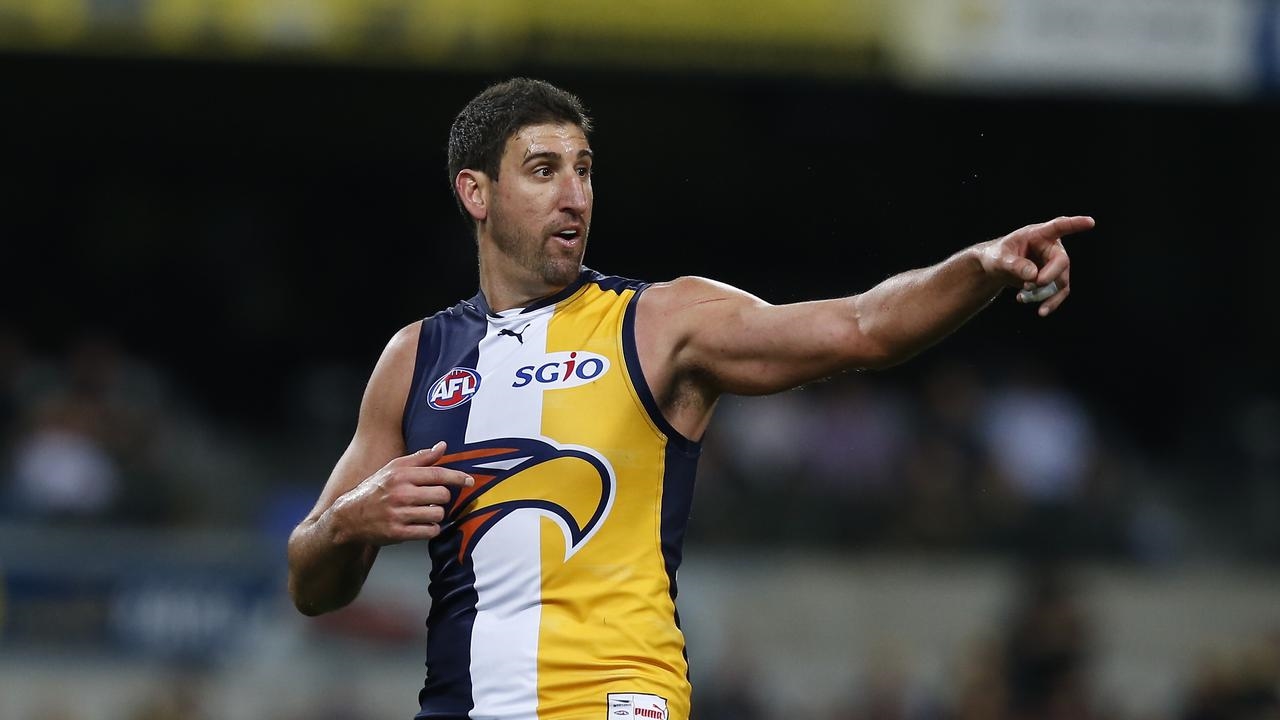 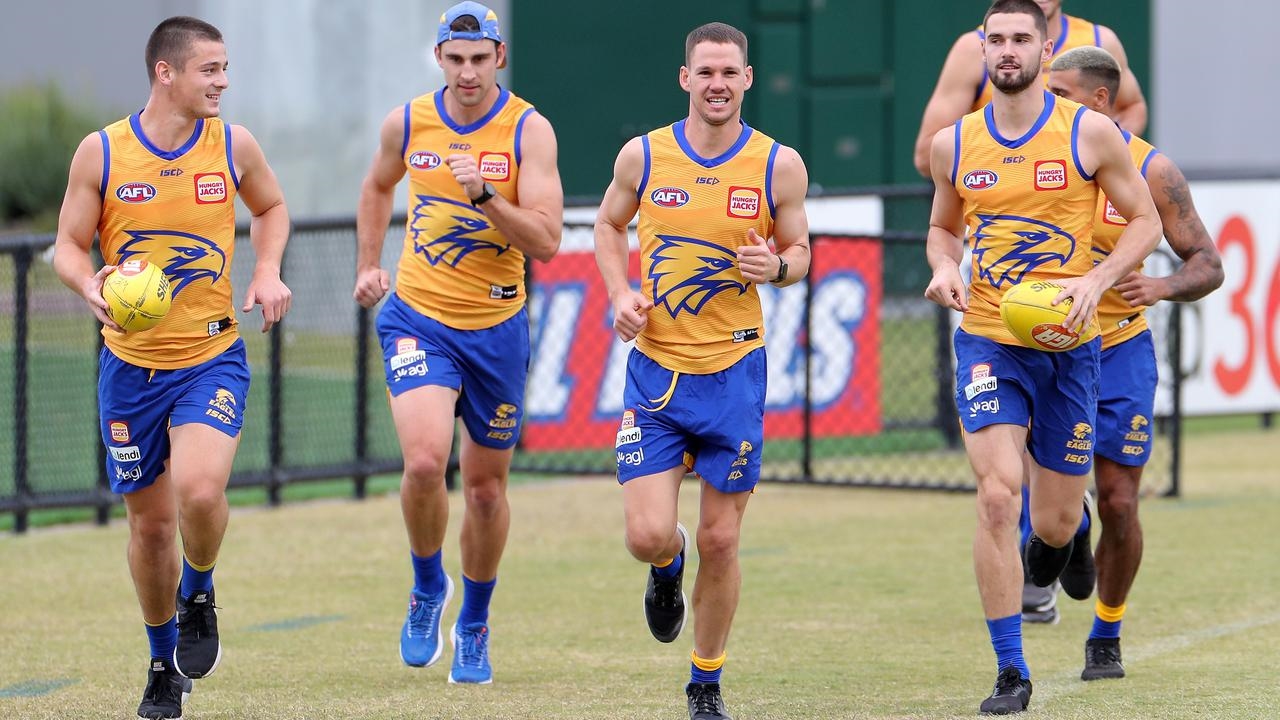 West Coast and Fremantle have made clear their opposition to staying on the Gold Coast for any longer than the agreed four weeks to restart the AFL se...