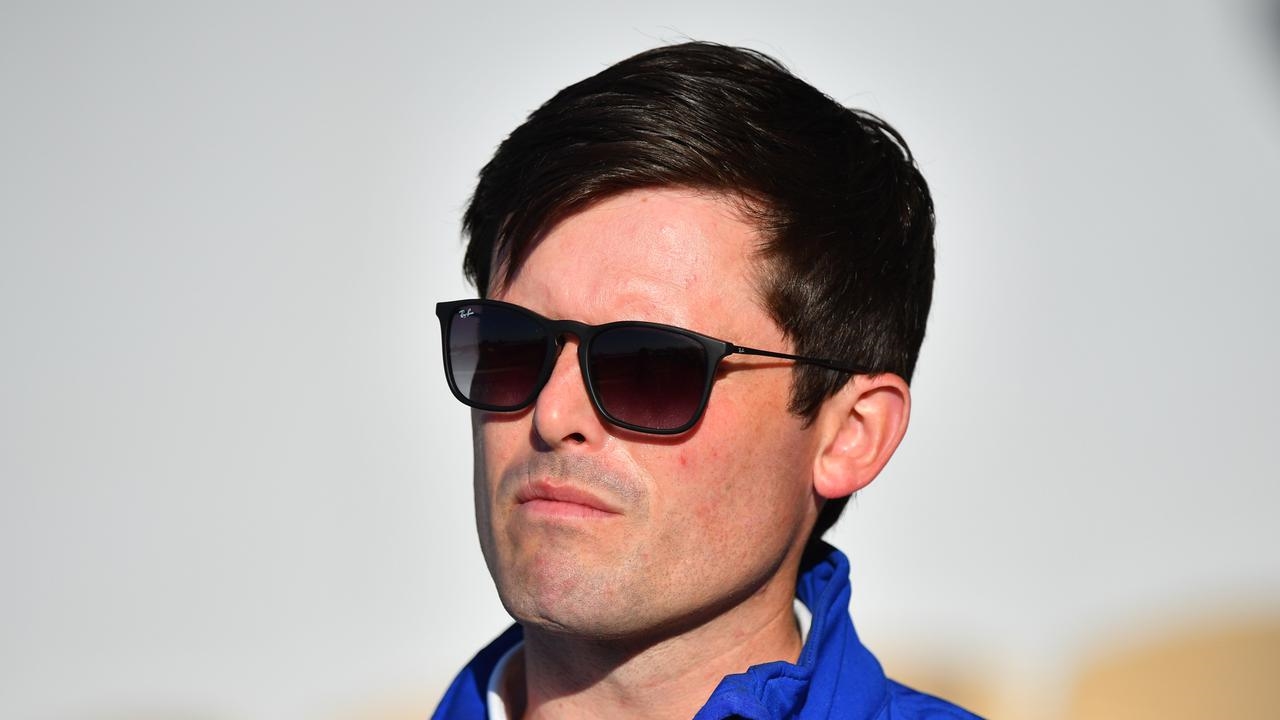 Knickpoint in order for Flemington debut

Hartnell may be attracting most of the Godolphin attention ahead of his final race but his trainer is also looking forward to Knickpoint racing at Flemington.

Unbeaten in two starts on the NSW provincial circuit, Knickpoint runs for the first time at stakes level on Saturday in the Springtime Stakes.

He will be joined by his James Cummings-trained stablemate Hilo in the 1400m Listed race for three-year-olds.

Knickpoint won on debut on a heavy track at Hawkesbury in June before resuming with a 2-1/2 length victory at Newcastle on October 19.

"I think Knickpoint is really well-placed in the race," Cummings said.

"He has to improve coming from the provincials but I think he's got what it takes and has a lot of upside.

"He has the action of a horse who should enjoy the wide expanses of Flemington."

After victories at Sandown and Geelong, Hilo was bumped up to stakes grade with Godolphin testing him as a potential Caulfield Guineas contender in the Prelude in which he finished sixth behind Alligator Blood.

Instead of progressing to the Guineas, the colt stayed at 1400m, finishing third in the Gothic Stakes behind Alabama Express.

Hilo is backing up after a fading sixth in the Carbine Club Stakes (1600m) at Flemington last Saturday.

"He's on the back-up from running a little too quickly in the Carbine Club so the 1400 metres will suit him a lot better," Cummings said.

Knickpoint is the market leader at $2.25 for Saturday's race with Hilo a $12 hope in latest betting as Godolphin strives to add to their Melbourne Cup carnival tally.

Soothing has so far given Godolphin its sole sucess over the four days, winning a Listed sprint on Thursday.

Hartnell runs in the Group One Mackinnon Stakes in his final racetrack appearance. 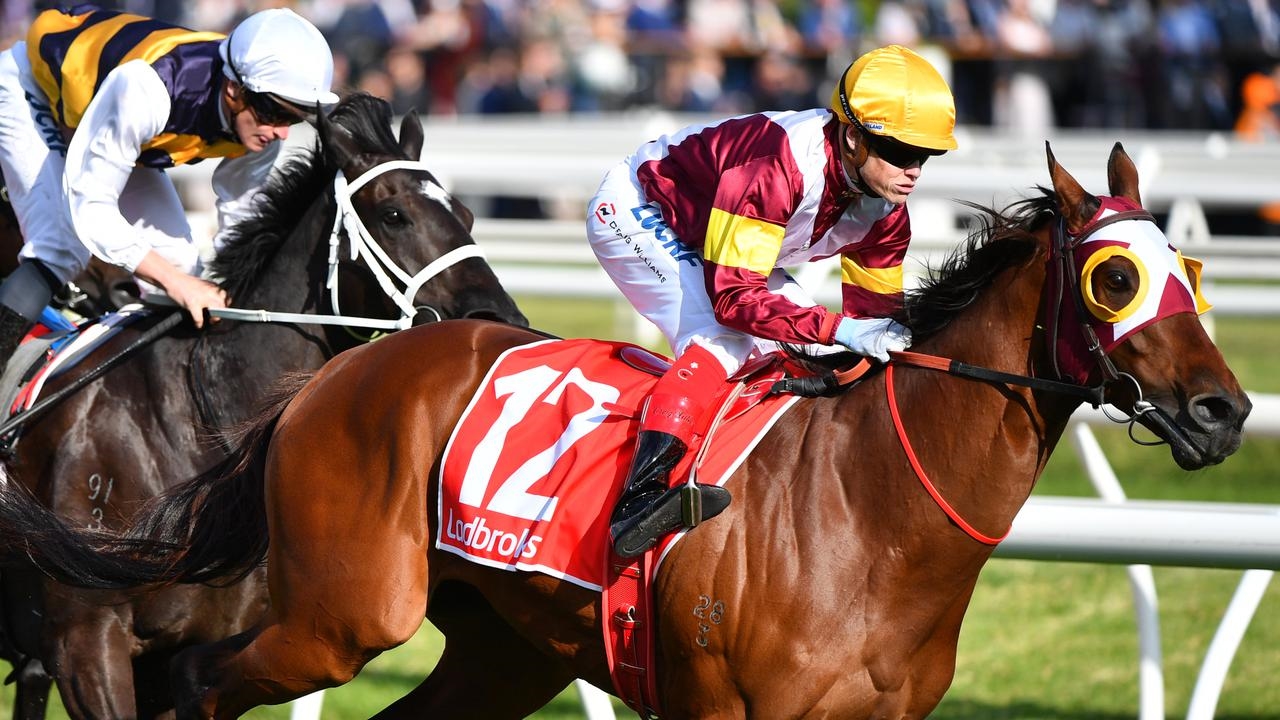 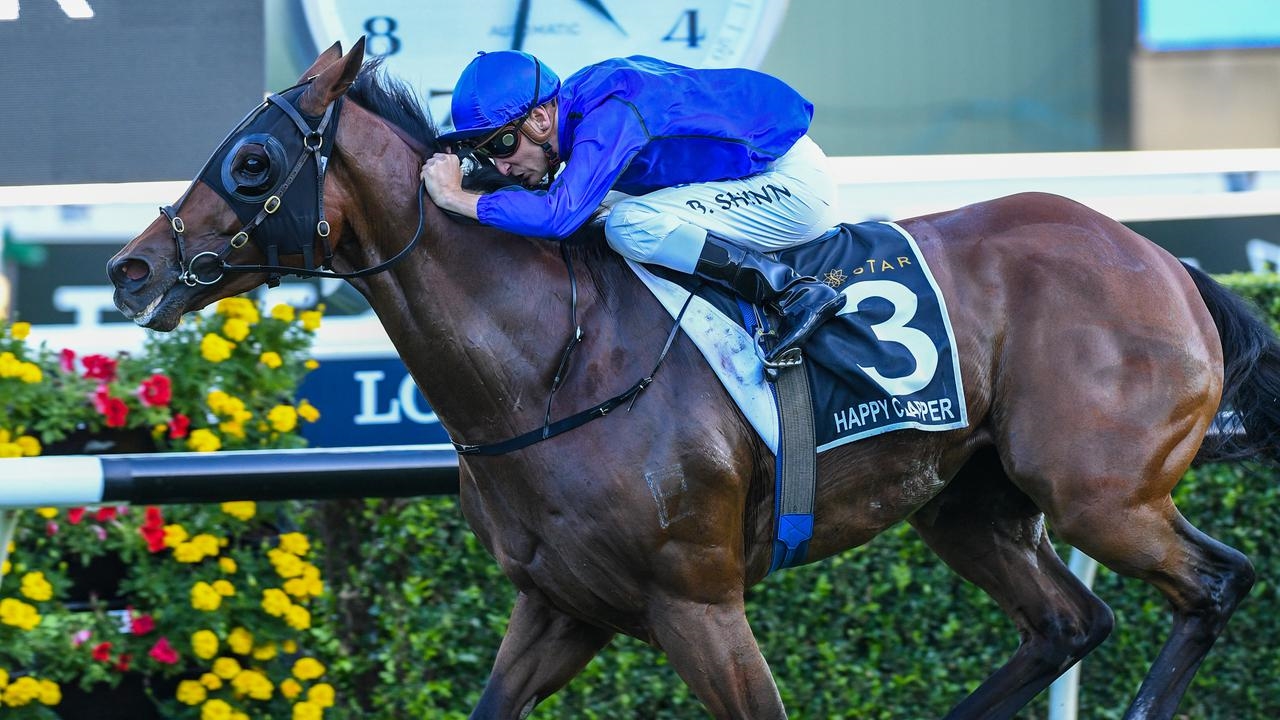