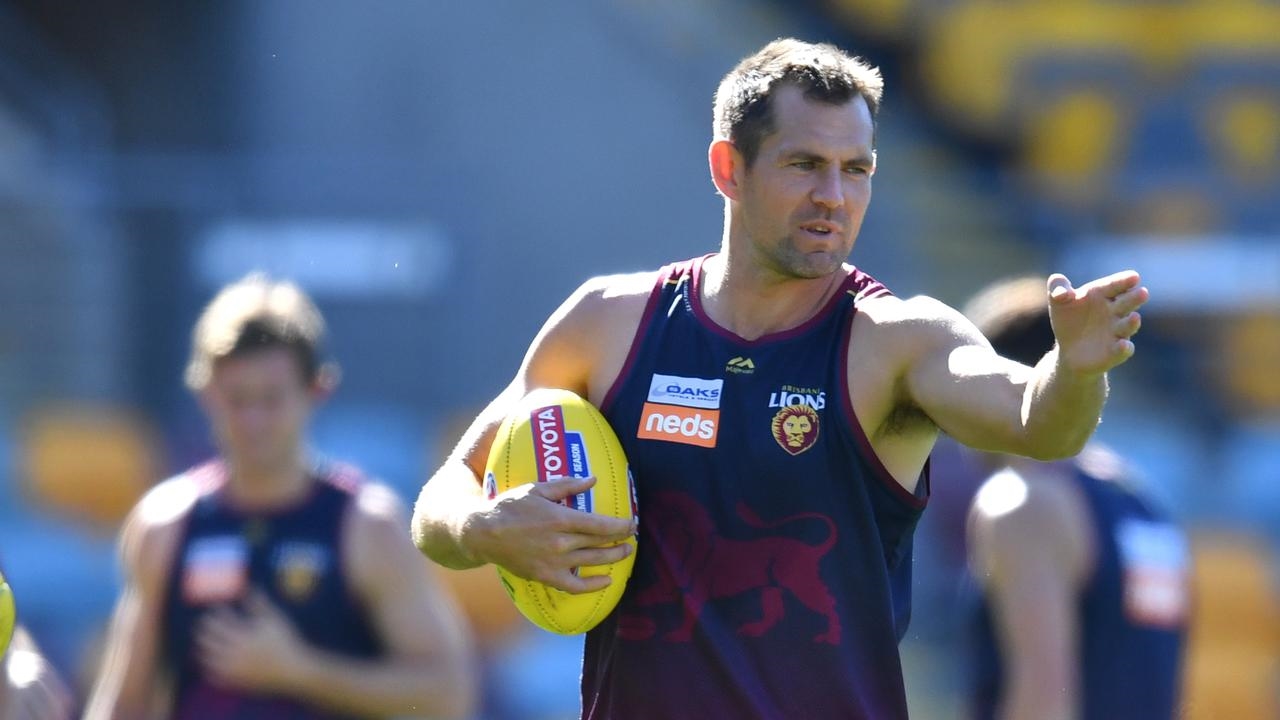 Hodge knows how to rebound in AFL finals

Beware a wounded Lion, especially when his name is Luke Hodge.

The Brisbane veteran will be invaluable for his young teammates on Saturday night in the AFL semi-final against GWS at the Gabba.

Lose, and it's a straight-sets exit - an anti-climactic end to a barnstorming Brisbane season.

The Lions will need Hodge's leadership and renowned hardness as the Giants undoubtedly try to rough them up in the same way that GWS mauled the Western Bulldogs last weekend.

But there's an added element in this for Hodge - he's been here before.

And after a terrible start, September, 2015 became one of the highlights of his storied 345-game career.

Ahead of his most recent finals series four years ago, Hodge was in the dog house and he called himself an idiot.

Then the Hawthorn captain, he'd been caught drink driving after a couple of beers at a function.

The Hawks fined him $5000, but his value to the side, plus Hodge's reputation and remorse, meant there was no suspension.

Hodge then had a quiet first half against West Coast as the Hawks lost the Subiaco qualifying final.

Any current Lions teammates, especially those who struggled last Saturday night in the qualifying final loss to Richmond, should note what Hodge did next.

He kicked the first goal in the resounding semi-final win over Adelaide.

Hodge finished with four goals and was best afield.

"It's fair to say my last three weeks, I haven't read too many papers or watched too many TV shows," Hodge said after the Adelaide win.

"You understand when you have a bad game - you don't need people telling you that.

"You've played footy long enough to realise that your next performance needs to be better.

"I'm just pleased that all the guys got rid of last week and put their best foot forward."

Hodge was among Hawthorn's best again the following week when they returned to Perth and beat Fremantle in a preliminary final.

So Hawthorn had reached their fourth grand final in a row and a re-match with West Coast.

And for big-game brilliance, enter one of only three players to win the Norm Smith Medal twice for best afield in an AFL grand final.

Somehow keeping the ball in play and dodging desperate Eagles defenders, Hodge snapped a miracle goal from deep in a pocket at the start of the second term.

Hodge starred as Hawthorn easily beat West Coast to cap their 2013-15 premiership three-peat. Along with the Hawks' 2008 flag, it made him a four-time premiership player.

While Brisbane struggled to handle the occasion last Saturday night in the loss to Richmond, Hodge once again flourished in the pressure.

When he coaxed Hodge north two years ago, it's the sorts of challenges such as this weekend that Fagan had in mind.

Fagan can just point to Hodge and tell the rest of the team: "follow him".