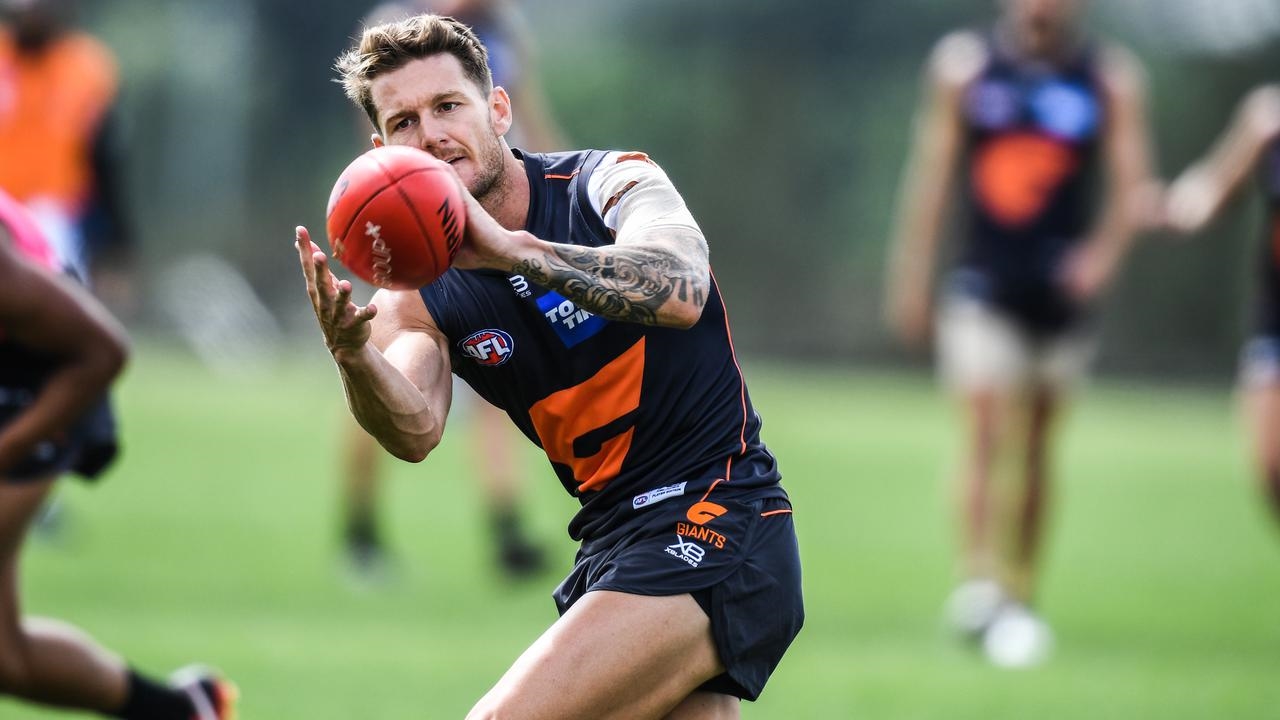 GWS forward Daniel Lloyd is benefiting from some tweaks and tips to build the most productive season of his AFL career.

Lloyd has notched career-high tallies of 15 games and 15 goals and last weekend played his first finals match for the western Sydney club.

He followed up a three-goal haul in the last round game against Gold Coast with two more in the big elimination final victory over Western Bulldogs.

"There was a couple of tweaks to my routine that I had and it's been coaches, players giving me tips here and there," Lloyd told AAP.

"It's just fine-tuning things and this year I've been able to put a lot more through the big sticks."

Consistent selection this season has been a reward for the late blooming 27-year-old 2016 rookie draft selection, who has never taken anything for granted with such a powerful and talent-stacked list.

"Each game always felt like it could be my last, or I've got to do everything I can to stay in this team," Lloyd said.

"That do-or-die attitude kept me pushing and pushing."

Primarily a forward, Lloyd has also occasionally been entrusted with other roles this year.

"It's good getting around the ball, sometimes as a forward you can go five or ten minutes without seeing it," Lloyd said.

"It's good to be able to go anywhere on the ground that I'm needed and fill a role wherever.

"'I played a little bit back against Port Adelaide and I'm just happy being out on the field in whatever role."

"We just think Lloydy is a role player but he hits the scoreboard as well, so he's got some tricks that we really like as well," Cameron said.

A carpenter by trade before signing for GWS, Lloyd, who is under contract until the end of next season, hopes it will be a while before he needs to pick up the tools again.

"They are in the shed. I had them out on Sunday, I was building something in the backyard," he said.

"They are away for now and hopefully they can stay away for a few more years."