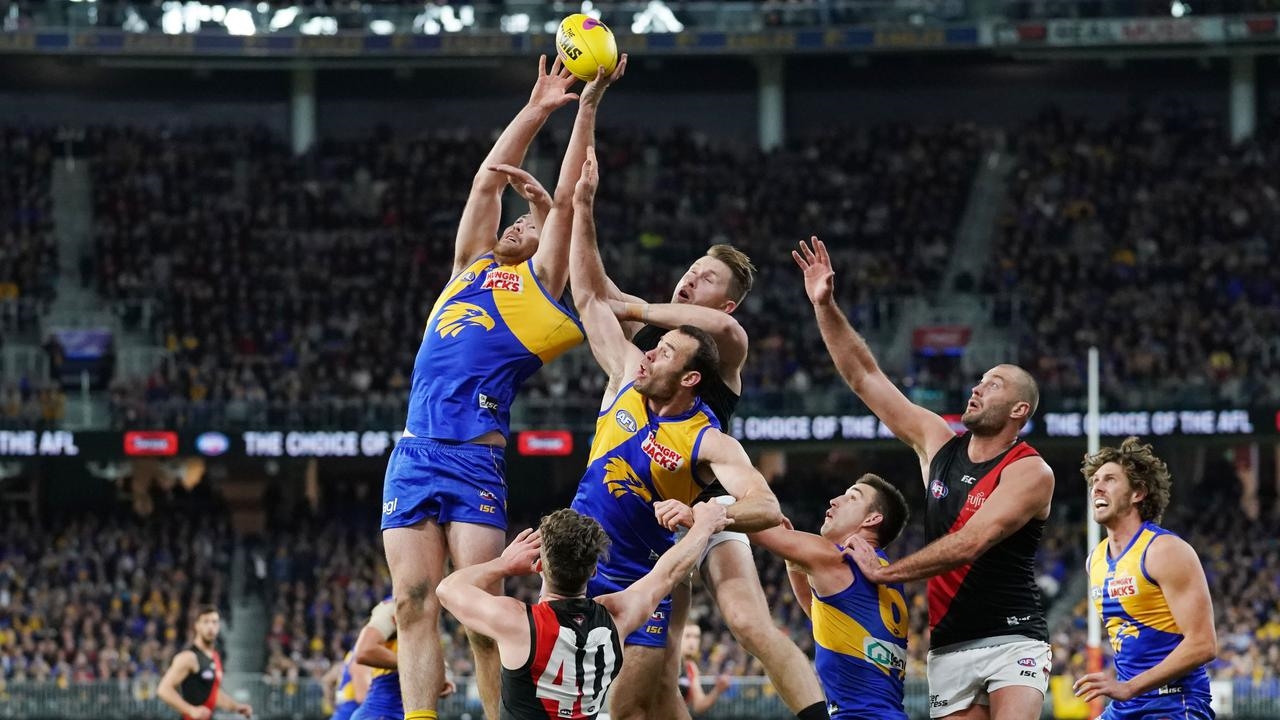 Eagles need to get in hard against Cats

They're renowned for their clean skills, but West Coast will need to get a bit dirty if they want to keep their AFL flag defence alive.

The Eagles' crisp marking game and pin-point passing have been a feature of their game style over the past two years.

But one glaring deficiency has been in the contest, where they have regularly struggled to break even.

West Coast ranked last for groundball gets - contested possessions excluding free-kicks - during the 2018 and 2019 home-and-away seasons.

The Eagles improved dramatically in that stat during their flag-winning finals campaign last year, and they got off to a similar note last week when they won contested possessions 138-116 in their elimination final win over Essendon.

But they will face an almighty task in that area against the battle-hardened Geelong.

When Geelong beat West Coast by 58 points at GMHBA Stadium in round six, the Cats won the contested possessions count 157-124.

The presence of ruckman Nic Naitanui this time around is set to go a long way towards levelling that stat, but the Eagles also need big outputs from star midfield trio Luke Shuey, Elliot Yeo, and Andrew Gaff.

A big question facing Eagles coach Adam Simpson is who to send tagger Mark Hutchings to.

Hutchings blanketed Kelly earlier this year, but it allowed Dangerfield to get off the leash.

Dangerfield finished with 30 disposals, 12 inside 50s, five clearances, and a goal in a match-winning display.

And with Gary Ablett also spending time in the midfield, Simpson concedes he has some pondering to do about who to tag.

"That's always the challenge when you play a team like Geelong - you take your pick," Simpson said.

"And sometimes you don't tag because if you tag one, another one jumps up.

"We tagged Kelly last time we played and we lost by (58) points, and Hutch did a good job to keep him to 18 touches."