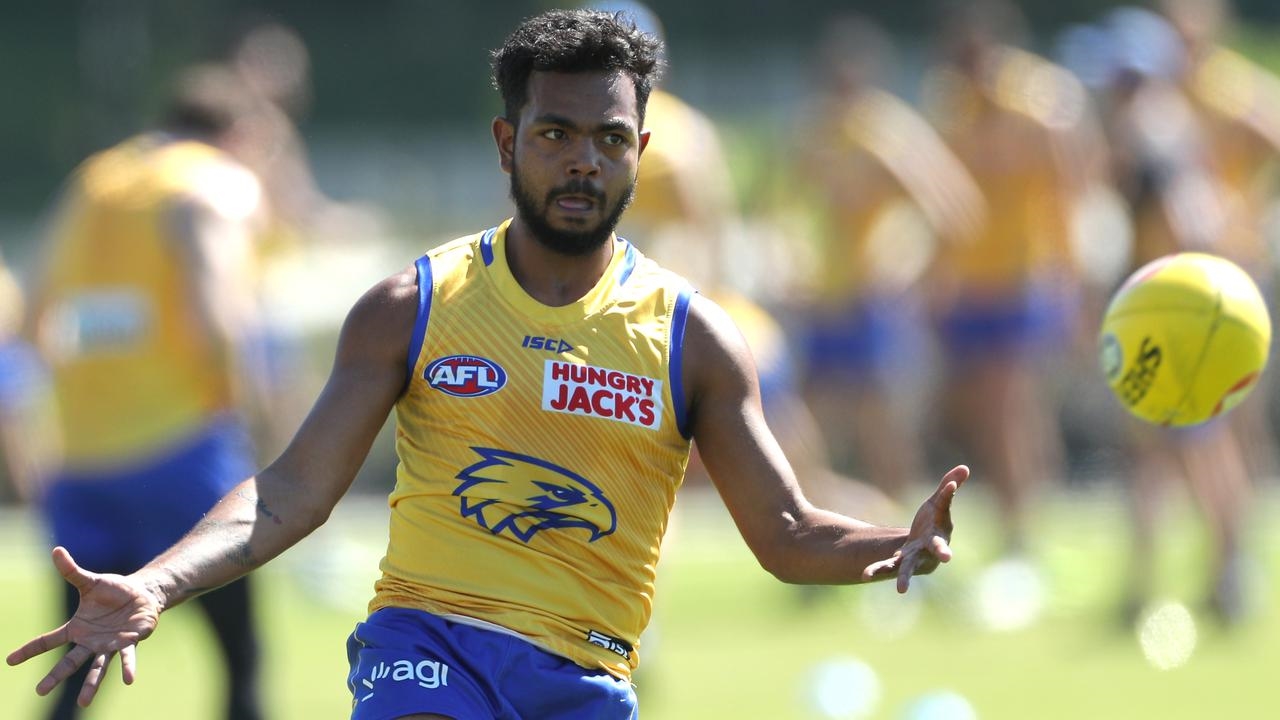 Devastated West Coast forward Willie Rioli faces a suspension of up to four years, with the Eagles scrambling to understand how he returned an adverse finding for urine substitution in an ASADA anti-doping test.

Eagles football boss Craig Vozzo shed what light he could on the alleged offence when he fronted a hastily-convened press conference in Melbourne on Thursday evening.

"It's something other than urine that has been produced by Willie as part of the testing process," Vozzo said.

"The club and our staff are really worried about his well-being.

"He's not in a great space and it's our job to help him as much as we can."

Vozzo said that Rioli's emotional state of mind following the shock news had made it difficult for the club to accurately ascertain the details of what has occurred.

The revelation left many outside the club pondering how anything but Rioli's urine could come to be in the sample jar given strict testing guidelines.

"As a player who has been through the testing regime as recently as two months ago, I just can't see how it can possibly happen," retired Hawthorn and Melbourne champion Jordan Lewis told Fox Footy.

"I would think it's impossible.

"From the tests I've had done I can't see where another sample has come into it."

Rioli left the team hotel in Melbourne and was being comforted by family after he was informed of the potential violation of the AFL's anti-doping code late on Wednesday night.

The adverse finding was detected in an out-of-competition doping control test on August 20, with ASADA also informing the AFL on Wednesday.

The A-sample didn't return any evidence of a banned substance in Rioli's system, but the finding was that there was evidence of urine substitution, which is known as a "prohibited method".

Rioli was formally notified on his arrival in Melbourne with the rest of the Eagles team set to face Geelong in a knockout semifinal at the MCG on Friday night.

The 24-year-old was officially withdrawn from that line-up.

"Rioli will not be eligible to compete in AFL competitions or any WADA-compliant sport, including the WAFL, while provisionally suspended.

"He will be able to train prior to final determination of the asserted code violation.

"It is important that Rioli is provided a fair process. As a result the AFL won't be providing further detail on this case at this time."

A joint AFL-ASADA investigation will be launched, with David Grace QC to represent Rioli and the club.

No time frame has been set for the investigation, but it is safe to assume Rioli's season is over.

His suspension is a significant setback for the Eagles on the eve of their do-or-die final against the minor premiers.

"Our players are very emotional, they love Willie," Vozzo said.

"But we've got a pretty mature team and I'm confident they'll be able to package their feelings for a couple of hours and perform at their best."

Rioli has played 38 AFL games, including the 2018 grand final win over Collingwood, since he was the 52nd overall selection at the 2016 draft.