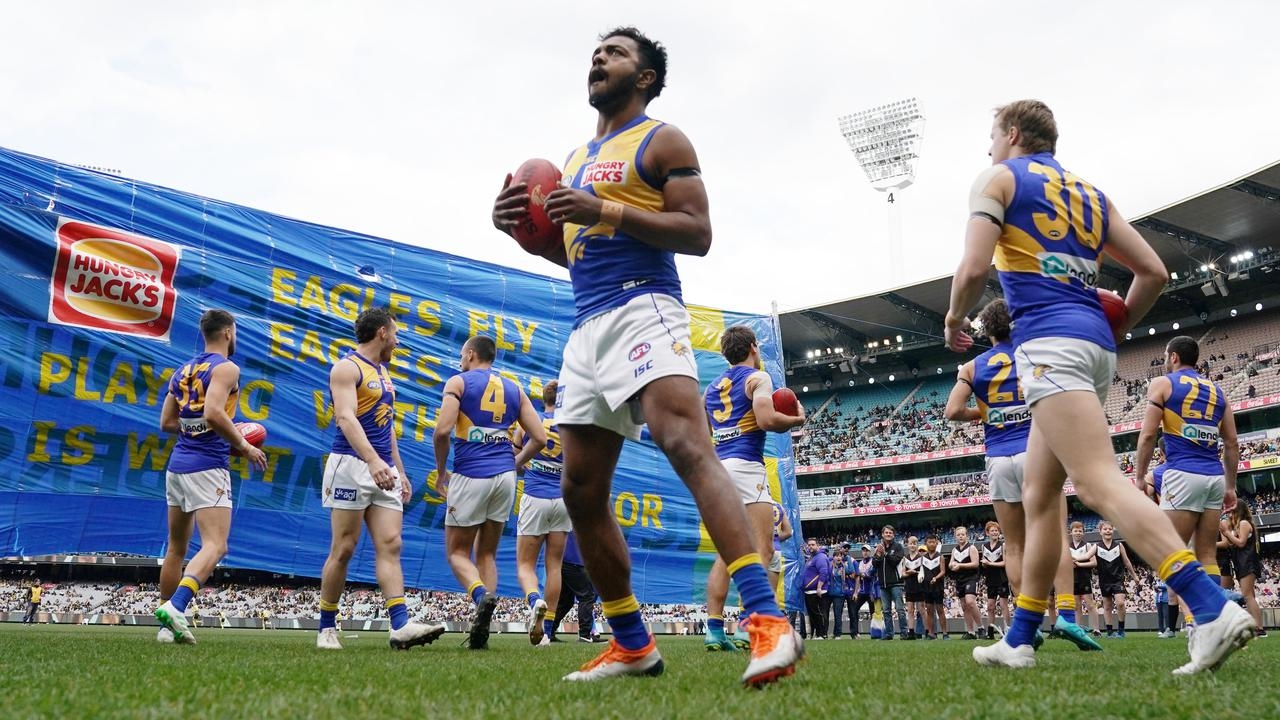 The Cattery was a nightmare but the MCG will feel somewhat like home when West Coast players step out for Friday's semi-final against Geelong.

The Cats' bid to have the semi-final played at their fortress of GMHBA Stadium was slapped down by the AFL, with the decision meaning West Coast are now favourites for the do-or-die clash.

West Coast have lost their past six matches in Geelong by a whopping average of 60 points.

In contrast, the Eagles have won five of their past six matches at the MCG, with their only loss during that period being a six-point defeat to Richmond last month.

West Coast notoriously struggled at the round MCG when their home ground was the long and skinny Subiaco Oval.

But playing the past two seasons out of Optus Stadium - an oval that has similar dimensions to the MCG - has helped West Coast dramatically.

The Eagles' recently-built training facility at Lathlain Park also features an oval with the dimensions of the MCG.

"When we were playing home games at Subi it was difficult to prepare for the MCG," he said.

"We couldn't even find an oval to train at that we could prepare with.

"At the start of last year, they built the oval at (our new training base in) Lathlain, so we got to train here a little bit.

"And we moved to Optus and our game naturally opened up a little bit with the way we played. That's helped us.

"Then when we get to the MCG it doesn't feel as foreign as it used to."

Simpson said the big-game experience of his side has also played a critical role in improved displays at the MCG.