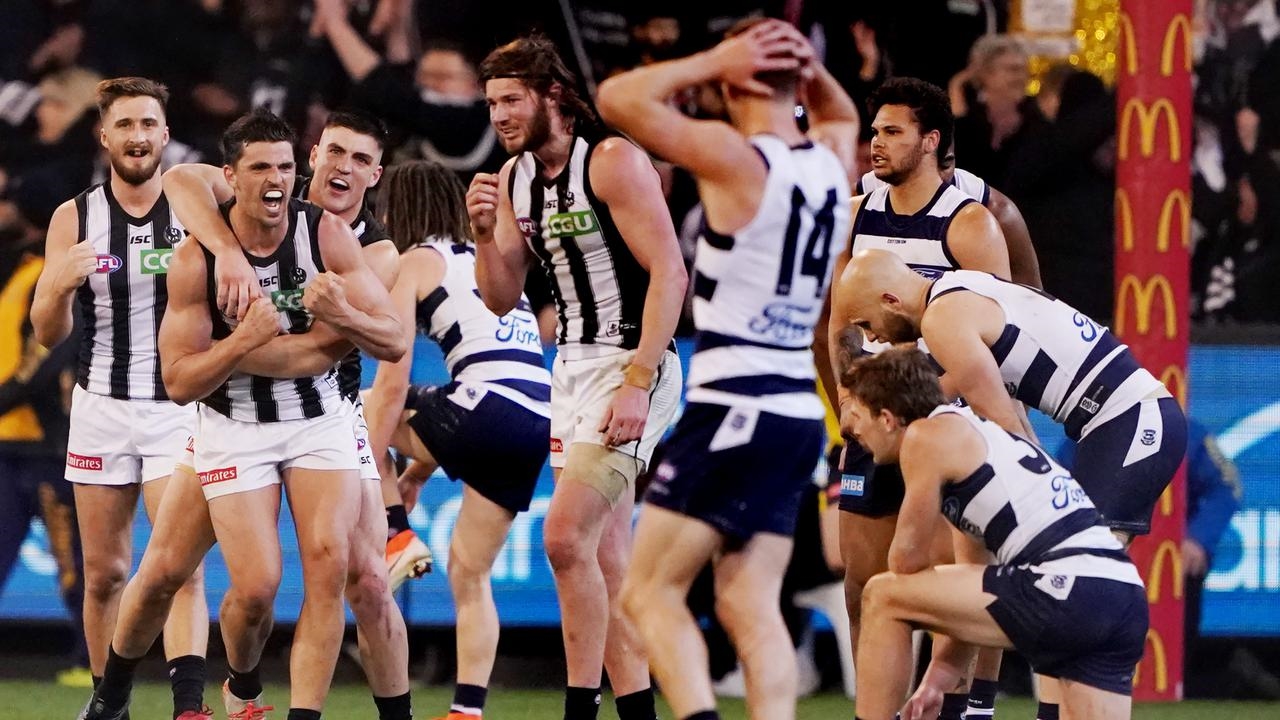 Geelong head to the MCG for a pivotal clash with West Coast desperate to avoid becoming the first AFL minor premier in 36 years to bow out of the finals in straight sets.

Pressure is mounting on Chris Scott's team, who have won just three of their past 13 finals matches - and now face the prospect of becoming the first pacesetter to crash out with consecutive losses since North Melbourne in 1983.

"'Scotty addressed it earlier in the week and said the equation's the exact same as it was last week: we win three games at the 'G and that's premiership success," said defender Tom Stewart ahead of Friday's encounter with the reigning premiers.

Geelong's recent poor starts in finals - including conceding seven of the first eight goals against Collingwood at the MCG last Friday - have proved costly, and Stewart emphasised the importance of setting the tone early.

"We've done our homework and we know what we're trying to implement. It's just the attitude we bring - it's as simple as that," Stewart said.

"It's a battle of almost wills in there at the start of the game and we've just got to start with the hunter mentality and just get after them.

"We can't wait for them to throw the first punch per se."

A number of senior Cats had their colours lowered against Collingwood, with the likes of Joel Selwood, Gary Ablett and Tom Hawkins well down on their best.

While those key personnel will need to respond against the Eagles, Stewart emphasised the need for an improved team performance.

"We were well aware that we had a few boys that were down but as a collective, we didn't play well enough to beat Collingwood," Stewart said.

"We know that if we play our best footy, it's right up there."

Mark Blicavs is expected to return to defence after replacing Rhys Stanley in the ruck against Collingwood.

While Stewart said it was "unfair" to pin the qualifying final loss on that late change, he conceded the Cats' defence had lacked cohesion early against the Pies.

"I think the way we set up behind the ball early didn't help our midfielders and forwards to put pressure on," he said.

"We tended to sit back a little bit and allowed Collingwood to use the ball a bit too much.

"So we need as a defensive group to collectively just pull our boys up the ground and put a bit more pressure on."

Meanwhile, Geelong will be without midfielder Mitch Duncan and youngster Jordan Clark but on-baller Tim Kelly returned to training on Thursday after he was sick earlier in the week, while Stewart said Gary Rohan was running as he looked to prove his fitness.