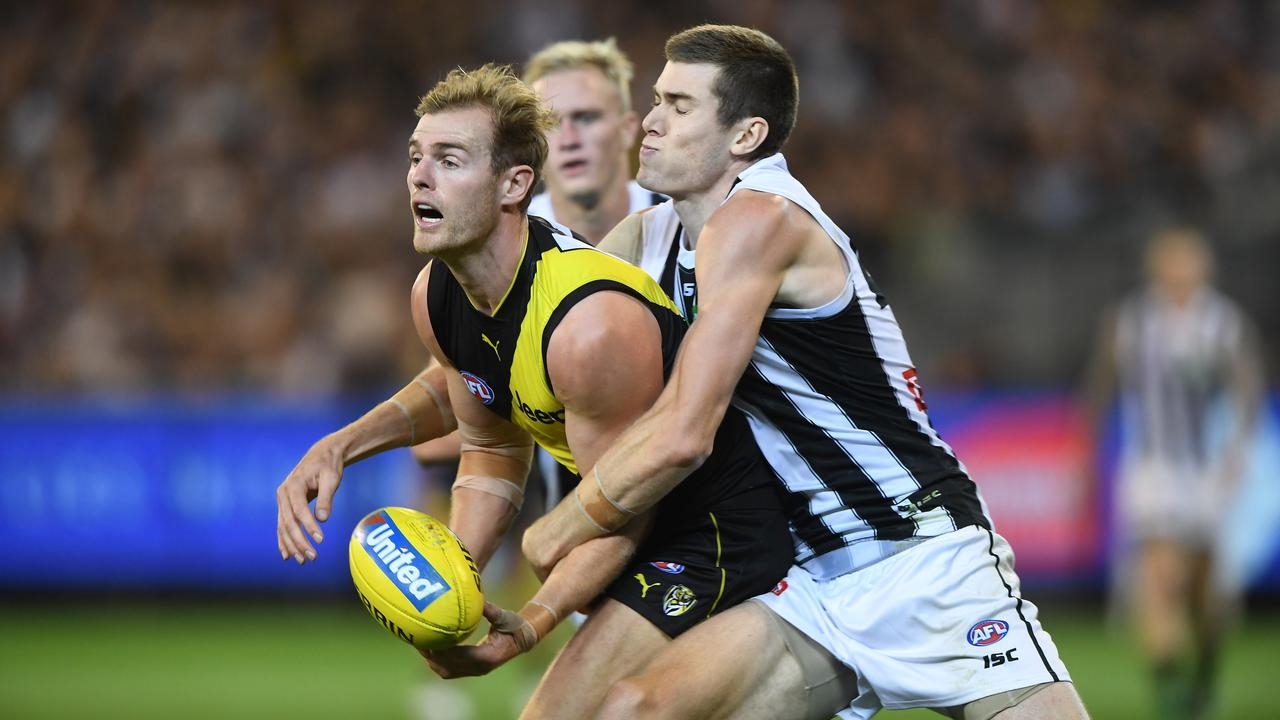 The 2018 minor premiers were surprisingly dumped out of the race for the title in the grand final qualifier by Collingwood, ending their hopes of going back-to-back.

Enjoying a light session in the sun at Punt Road Oval on Thursday as they await either Geelong or West Coast in the week three match next Friday night at the MCG, Astbury said they wouldn't be altering too much just because of last year's defeat.

"I don't imagine we will do too much differently - we're in 2019 and it's a different team and everything changes so much in the AFL landscape," he said.

"The loss was addressed once it happened, but you try not to reflect on it too much. It happened in the past and it's not going to help you much going forward.

"We can't do anything about that result now, we can only prepare for the game coming up.

"We won't be overly motivated as it could be detrimental to our preparation."

Some wrote off the Tigers' premiership chances when superstar defender Alex Rance suffered a season-ending knee injury in round one.

But Astbury said he never lost faith they had still had the ability to go all the way.

"A lot of things got thrown at us but with a football club like ours, we can cope with adversity pretty well," he said.

"We've worked really hard but I never wavered in my belief."

The Richmond backmen have risen in Rance's absence, none more so than Dylan Grimes and Bachar Houli, who were rewarded with All-Australian selection.

Astbury himself has also had a stellar season - impressing in their 47-point qualifying win over Brisbane, taking seven marks.

He said there were already signs of Grimes' and Houli's improvement even when Rance was in the team.

"I feel like those two were improving with 'Rancy' in the side anyway so whether that was the catalyst for a big step forward for those guys I'm not really sure," Astbury said.