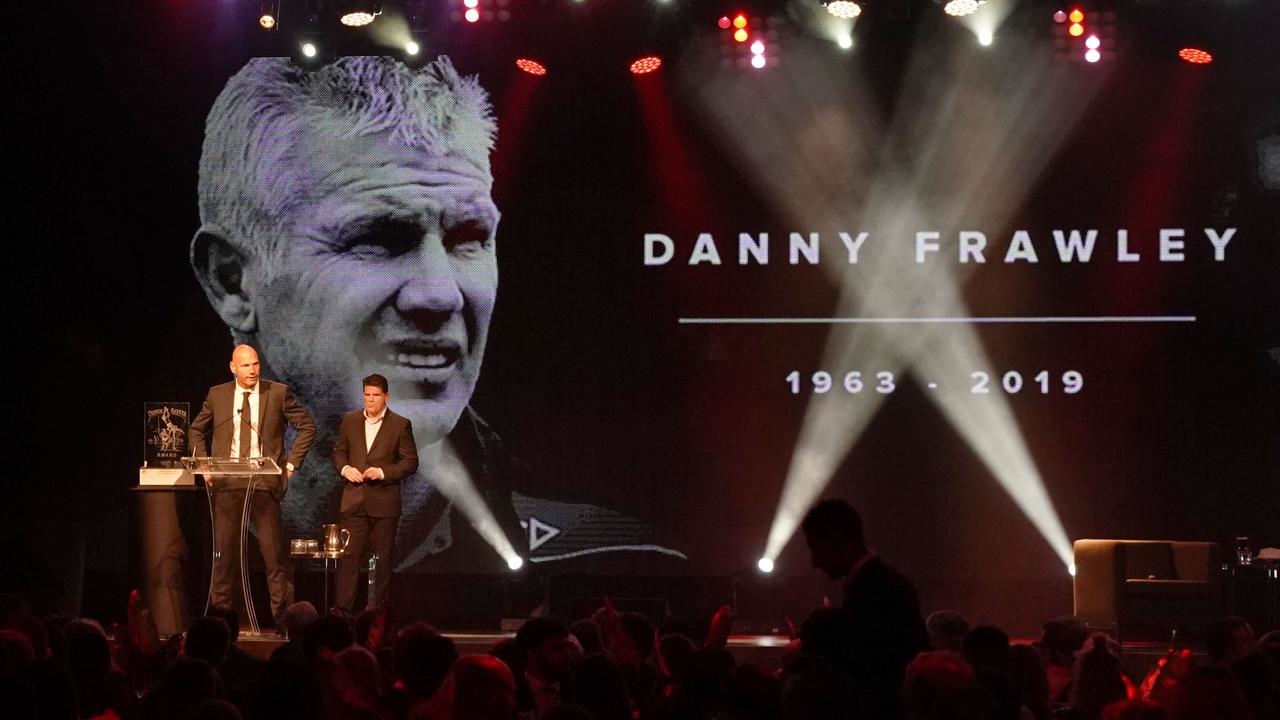 Saints night all about Frawley: Ross

Midfielder Seb Ross, a surprise winner of his second Trevor Barker Medal as best and fairest ahead of Rowan Marshall, was happy for the focus to be on Frawley.

The much-loved AFL figure and his family were mentioned in acceptance speeches throughout the night.

"I will reflect on it as being a pretty special night," Ross said.

"The whole night, and rightly so, has to be about Danny and what he brought to the footy club ... and the whole footy fraternity."

Ross was also in a gathering of current and former Saints players at a pub on Monday as they dealt with the traumatic news about Frawley.

"That just showed the reach he had," Ross said of the large turnout.

"It was good - when things like that happen, you just want to go and see people who are feeling the same way.

Another feature of Wednesday night was coach Brett Ratten making a call to arms, saying he wants the players in top shape for the start of pre-season.

"I really love that - the group got a great sense of where we could potentially be this year," Ross said.

"No-one expected us to win nine games this year and that might even be a couple of players at the club.

"We're not too far out of it ... under Ratts and a new regime, it's going to be right there for us."

Ross made his AFL debut at St Kilda in 2012, meaning he is yet to play in a final.

"I'm more motivated than ever to play finals and this group is definitely capable," he said.

Injuries to Jarryn Geary meant Ross filled in as captain for much of the season and he relished the extra responsibility.

"Obviously you have to do a bit more preparation on game day, but it was a good learning curve," Ross said.

"I had Gears right by my side every step of the way and he was helping me out.

"I was probably annoying him a bit, trying to figure out ways to motivate the team, that sort of stuff."