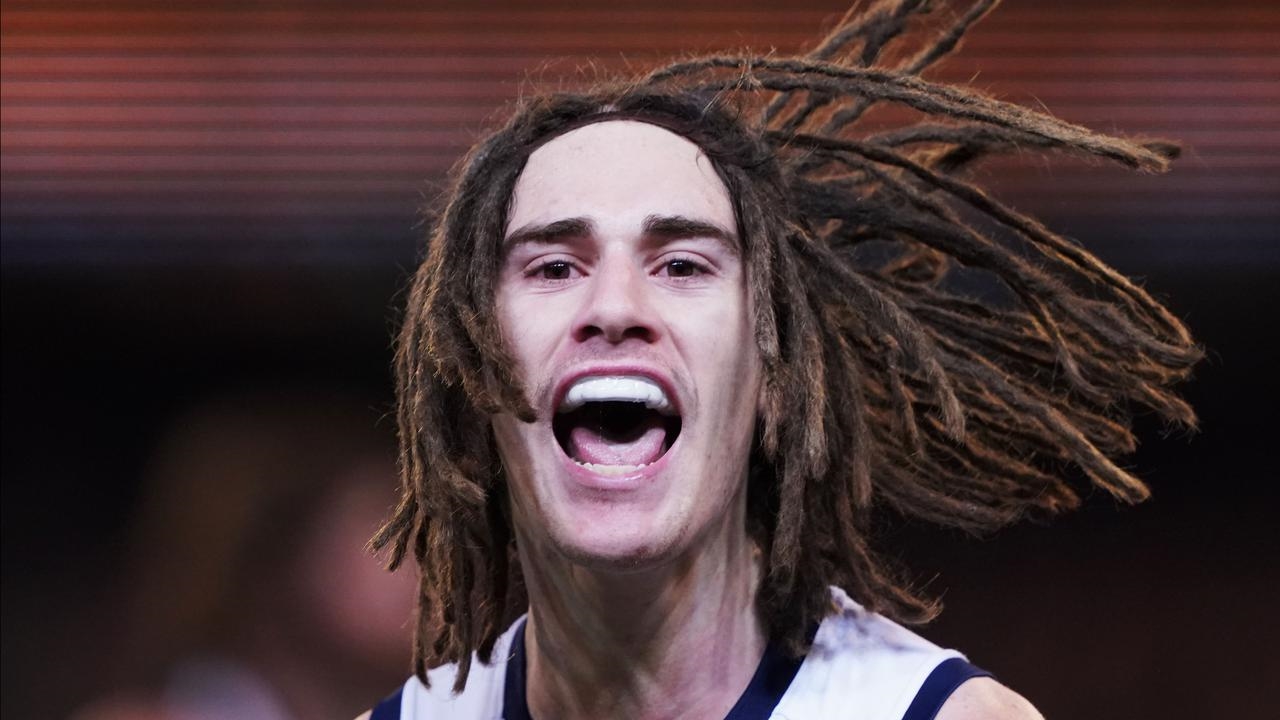 After a year on the Cats list in 2018 spent trying - unsuccessfully - to break into the senior team, the dreadlocked livewire felt like he was wasting time and craved respite from the pressure-cooker environment of AFL football.

Miers approached his junior club Grovedale during the pre-season and was offered an assistant coaching role with the under-17s.

On Sunday, he watched on proudly as the eponymous Grovedale Miers team came from behind to win their division one grand final against Bell Park, a club whose famous alumni includes retired Cats great Jimmy Bartel.

"The first time I've felt nervous for the year was with about nine minutes left in the game," Miers told AAP.

"We were down by three points and the ball was in their forward line.

"I was like 'I don't know how we're going to get a goal here' because the conditions were pretty bad. But it was a well-deserved win and it was a great way to do it."

Miers accepted the role at Grovedale not really expecting to play at AFL level this year.

As it's turned out, the 20-year-old has played every game and will line up in Friday night's sudden-death semi-final against West Coast.

That hasn't stopped him from fulfilling his coaching commitments, although competing schedules meant he could only make it to about half of their games.

Every Monday and Thursday between 4.30pm and 6pm, Miers made time to attend Grovedale's training sessions.

The way he tells it, coaching at his junior club has been both enlightening and therapeutic.

"It brings you back a bit - they're only two years younger than me, some of them - but just to being back with my mates," he says.

"They're coming straight from school and they're just so excited to be able to get to footy training and hang out and play some footy.

"I have so much fun with them. I thought once I started playing AFL games that it would be such a burden to go down on a Monday or Thursday night.

"But I really look forward to it to get away. If I play bad, I go there on the Monday and they tell me I played real bad and get into me because they go for opposition teams.

"I have a lot of fun with that. But then if I played well, they got around me and supported me and they were really encouraging throughout the year."

The greater Geelong region is a hotbed of sporting talent, and plenty of the Grovedale under-17s - including Indy Parish, the younger brother of Essendon AFL midfielder Darcy - have already been tipped for higher honours.

Miers reckons working with younger players has helped to reinforce the messages coming from his own coaches.

"They've taught me heaps," he says.

"I tell them things that my coaches are telling me and I realise I need to do it. I watch them go to positions where they're not getting used and it shows what I need to do when I play.

"It's really important for me to be able to tell them correct things and that they advance in their football. But it's helping me advance in mine too."

Miers had his own taste of finals footy last weekend, albeit on a much bigger stage, when the Cats lost to Collingwood in front of 93,346 fans at the MCG.

"I wasn't overly happy but I don't feel I was overawed by the situation," he says.

"A few skill executions I could have done better but I feel I can impact still, and I feel I did impact on the game."

Miers is unsure whether the coaching gig at Grovedale is something he'll be able to keep up next year given his elevation to the seniors at Geelong.

The son of an entrepreneurial scientist who invented his own footy boots, Miers is also studying a diploma in business and will probably go to university next year.

But regardless of his role, he wants to stay connected to the club in the southern Geelong suburb that gave him his start.

"For me with Grovedale, it's the club that I look forward to coming back to at the end of my career," he says.

"I was lucky enough to get drafted 20 minutes up the road, if that, so it's awesome to be a part of what they're still building at the moment.

"I've got a lot of mates there in the seniors, people that I've played with. The club's in a good position and I want to help them."