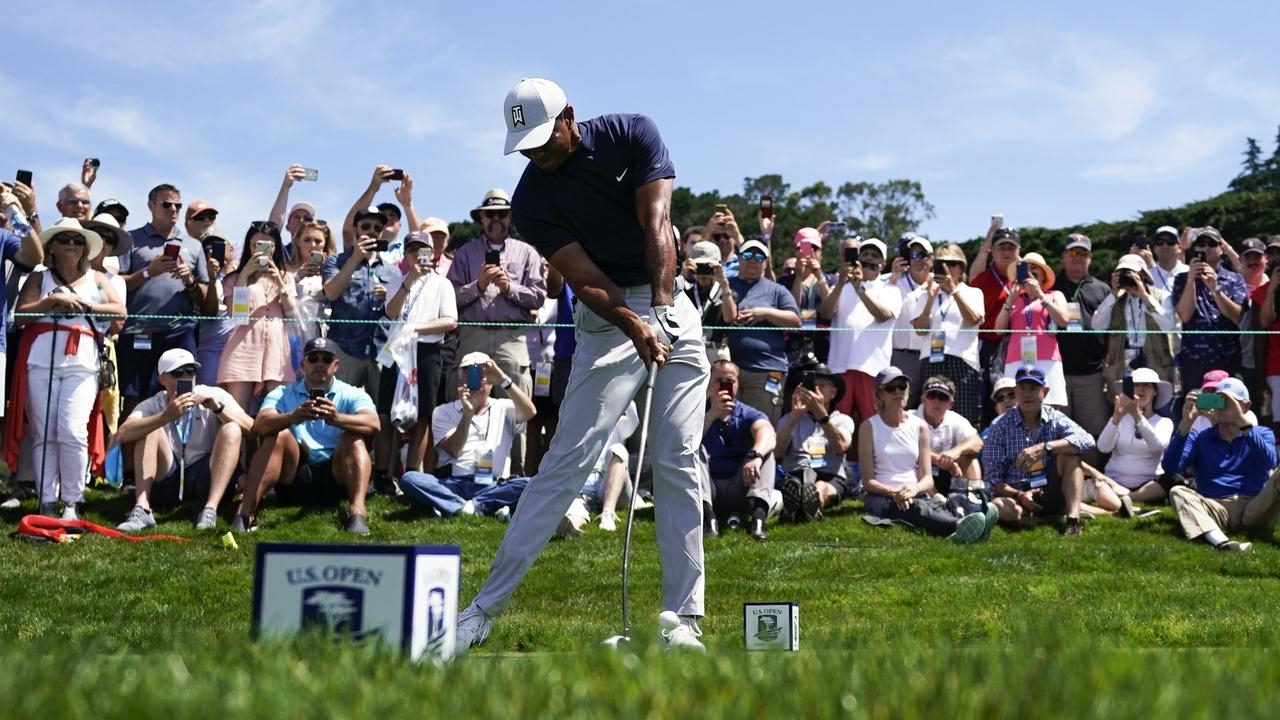 9 reasons to get excited for the US Open

REASONS TO WATCH THE US OPEN

Pebble Beach, a public golf course, is one of the most famous courses in the world. Its panoramic views of the Pacific Ocean are highlighted by a five-hole stretch that includes the iconic, 109-yard par-3 seventh hole whose green backs on to the ocean.

2.Tiger Woods is a strong chance

Woods won the Masters in April to claim his 15th major and is No.5 on the world rankings. Pebble Beach's greens - the smallest on the PGA Tour - will reward his superior iron play. Oh, and he won the 2000 US Open at Pebble Beach by 15 shots - the largest ever victory at the majors.

3. Australia has a large contingent

4. Adam Scott is Australia's form player at the majors

The 2013 Masters winner Scott shared the 36-hole lead at Augusta National in April and tied for eighth place at last month's US PGA Championship, while he finished third at last year's PGA.

5. Jason Day has Steve Williams on the bag

Day will debut his partnership with legendary New Zealand caddie Williams at Pebble Beach. Williams was on the bag for 13 of Tiger Woods's 15 majors and Scott's 2013 Masters win.

Four-time major winner and 2011 US Open champion McIlroy has catapulted back to golf's top ranks with two victories on the PGA Tour this year - the elite Players Championship in March and last week's seven-shot win at the Canadian Open. The in-form world No.3 boasts an astonishing 10 top-10 results from 13 events on the PGA Tour this season.

7. Brooks Koepka is pissed off again

Defending US Open champion Koepka was embarrassingly omitted from one of broadcaster Fox Sports 's TV promotions, despite winning the past two US Opens among his four major titles. World No.1 Koepka has admitted to playing his entire career with a chip on his shoulder, given he is constantly overlooked by media in favour of Woods, McIlroy and Dustin Johnson.

8. Phil Mickelson is going for the grand slam

Five-time major winner Phil Mickelson has won two Masters, two PGA Championship titles and a British Open. But the left-hander needs a US Open crown to complete golf's coveted career grand slam. Victory has eluded him, with his six runner-up results the most in US Open history.

With the US Open in California, the time difference suits Australian audiences and will run through to lunchtime each of the four rounds. Fox Sports Australia, Kayo Sports and Golf TV will be showing the US Open live from 5am-12.30pm AEST during the first two rounds. For the third and final rounds, the TV broadcast window is 4.30am-12pm. 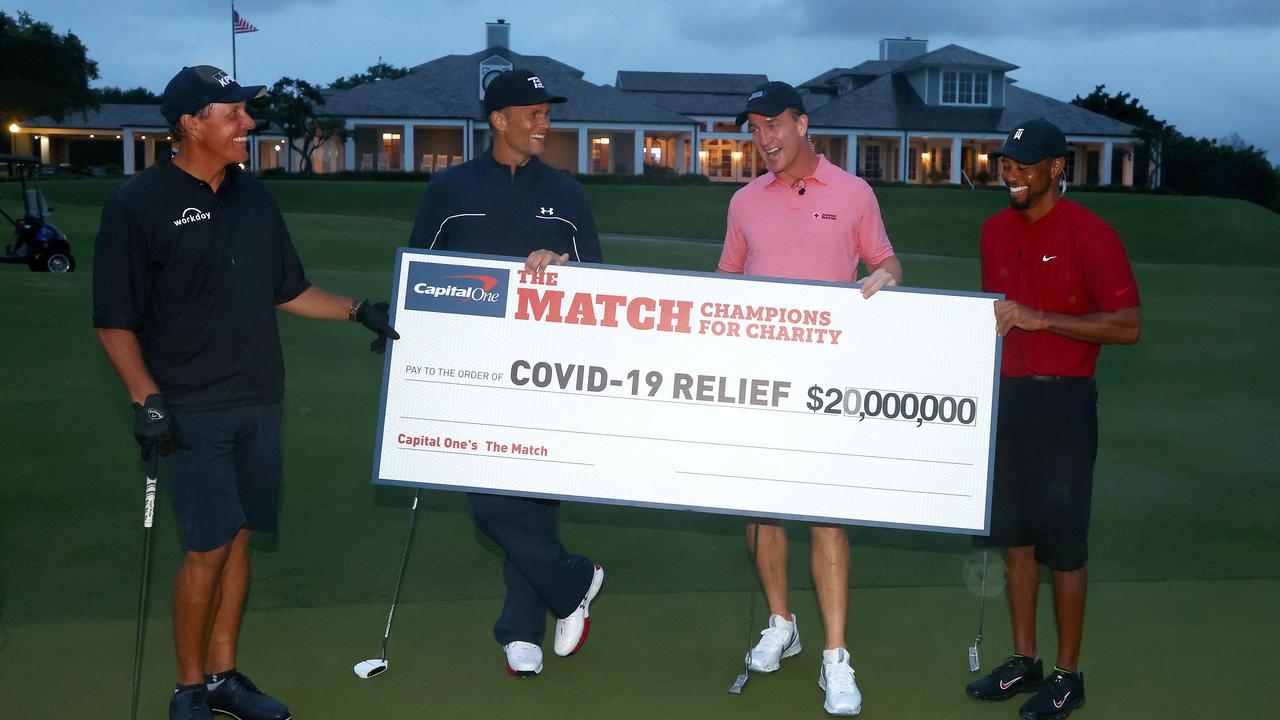 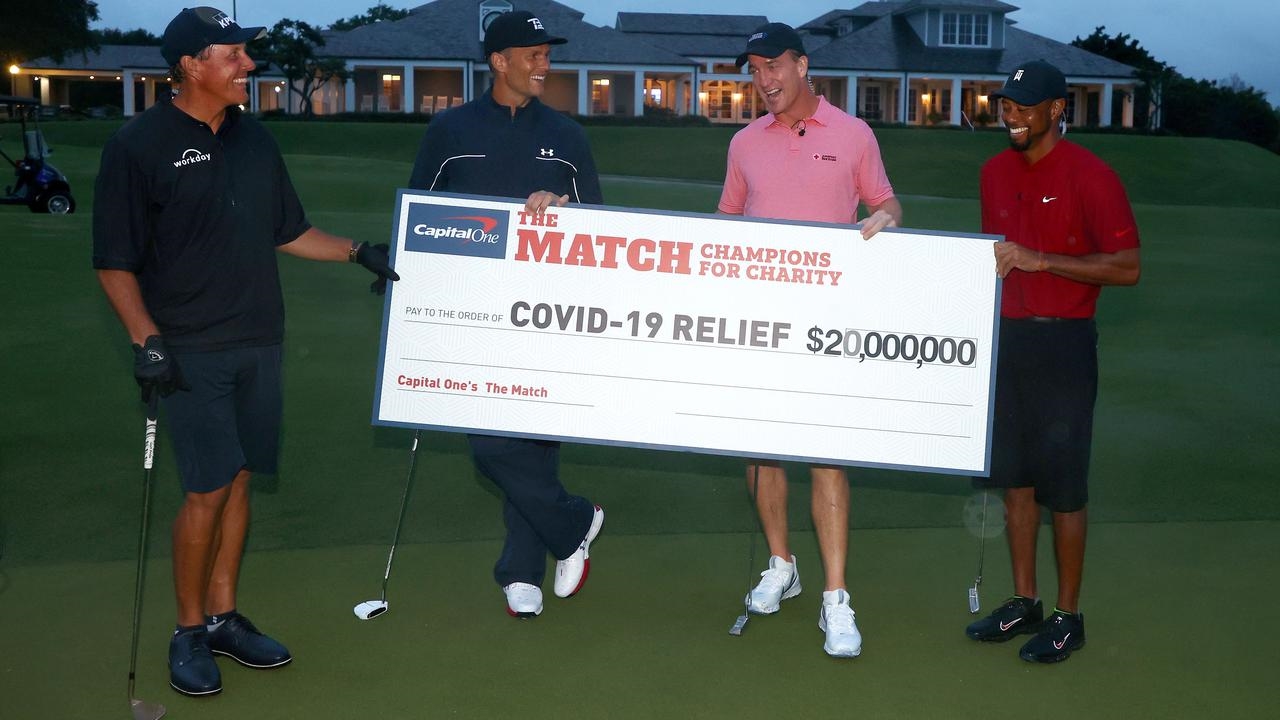 Tiger Woods and Peyton Manning have teamed up to win a made-for-TV golf exhibition match that raised $20 million for COVID-19 relief funds....